We have had quite a time the past few days, with torrential rains, a tornado or two and seriously bad weather. The county has declared it a Level 1 Emergency, the first time that's happened since 2008 with Hurricane Ike. Anyway, people were requested to stay in if possible, so aside from a brief trip to the post office, I have.

Cleaning in the library this morning I began with one of the large bookcases, taking everything off each shelf, dusting, then doing some rearranging as items were returned. During the process, when it was the O Deer section's turn I had an idea: 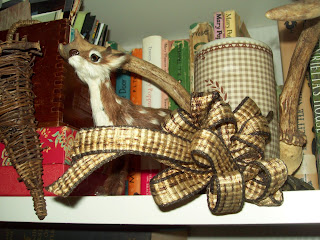 There was this little picture, so: 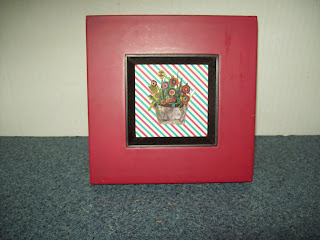 What if it joined the rest of the Bambi buddies? 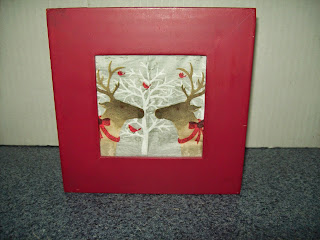 Like this, perhaps? Believe it or not, that is a tissue, gift of middle daughter Mary. 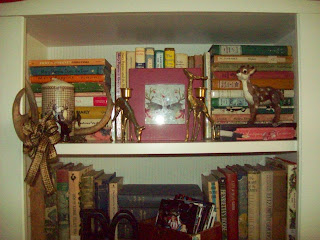 And here is the shelf now. It certainly isn't a brilliant update, but it's cute and surely cleaner now; some days, that's the best you can do.
Stay dry,
Michele
PS Oh, and the Joan thing. Younger son confessed one time he thought that was Noah's wife's name--you know, Joan of Ark. Our version will be less exciting, since it will be nothing but cats, but floating away doesn't feel impossible at this rate!

That little picture is cute :)

I hope you weathered the storm okay!