It's a squirrel thing.


I hope your day is going well so far.

Today despite a vow to work hard,  decorating siphoned off my interest early in the process, so it seemed a good idea to go with the urge now and get it out of my system. If you recall, in this post: 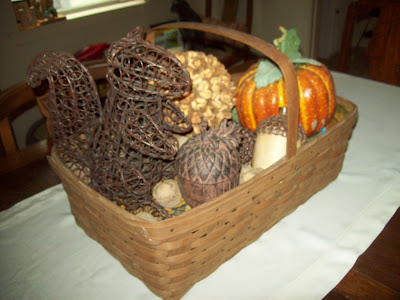 the basket features a heavy wire squirrel found in a thrift shop a while back. He's stayed put in the dining room, but there is a celebration of his friends going on in the living room now, too. 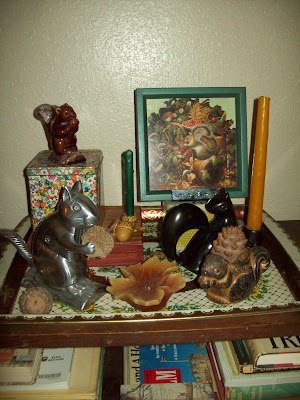 There are several refugees from other thrift trips, plus one that was a Christmas gift last year from my friend Gill, the silver metal nutcracker on the left. One of my favorite parts of this season is to take out the small picture in the back. It's actually a greeting card from my pal in Austin, Betty. It is so pretty it was saved and framed for more than one year's worth of enjoyment. 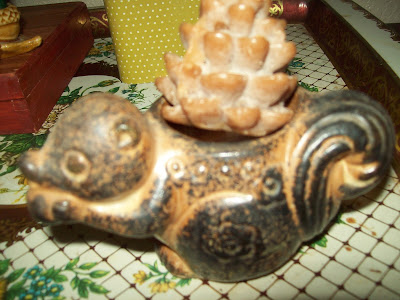 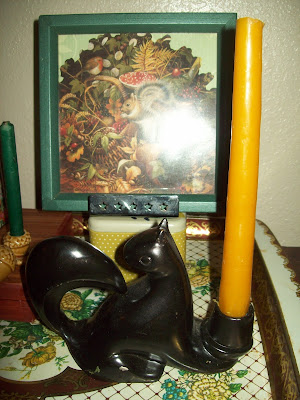 Another candle holder. This one is very heavy and bears a few scuffs and scars after being dropped on the floor. 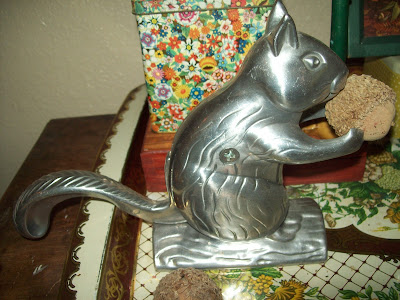 Mr. Nutcracker has found an acorn and looks ready to take off and hide it. 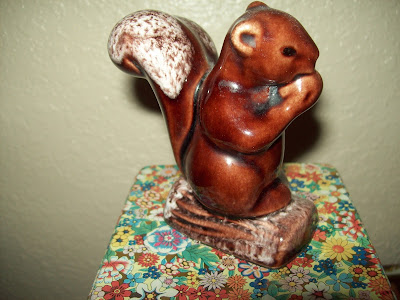 This tiny Nutkin normally lives on the kitchen windowsill, but wanted to join the party with his buddies.

This reminds me of when oldest daughter took ballet decades ago, and the annual recital was a woodland themed production. Among many glitches and disasters that occurred in the effort involved to get dozens of small girls to perform, there was a major issue with some costumes. A number of moms didn't sew the ears on their child's squirrel headdress, which left those unfortunate children looking as though they strayed in from a dance based on "Planet of the Apes" instead.

Okay, there are no more excuses to avoid cleaning now, are there? Guess it would be best to start by clearing up the mess made setting out this vignette.

Michele
Posted by Michele at 10:49 AM