I thought it was time to introduce you to some of the other residents at Adventures in Thrifting, so let's see, who wants to be first? 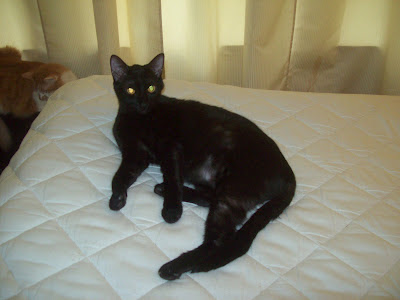 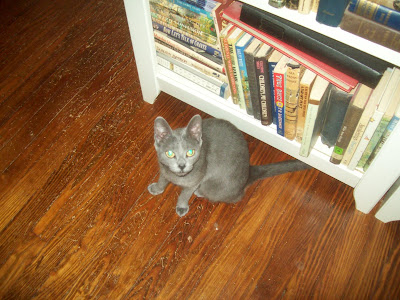 These are the latest members of our cat family, Freddy and Flossie. They came to live with us as tiny kittens exactly a year ago. Now Freddy is at least twice as big as his sister. Mr. B found Freddy first and brought him home. When a tiny litter mate turned up a couple of weeks later, she naturally had to be Flossie. 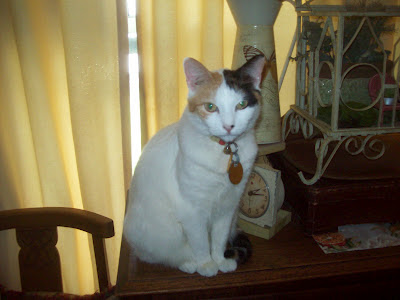 This is Trixie. We used to live on a tiny cul-de-sac (until Hurricane Ike dropped a tree on our house) and she appeared one day, around five or six months old. Clearly, naming her after Trixie Belden was a huge mistake. Her official title in our family is The Snoopervisor. 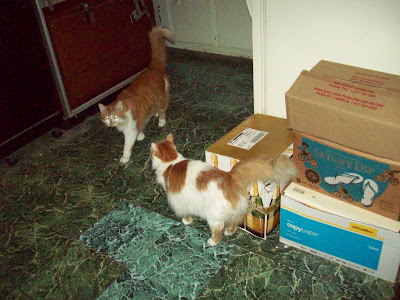 Here are Butterball and Junior. They are offspring of a feral cat from the cul-de-sac named Sally Calico, born in 2006. Junior and Tilly were brought inside around six weeks old. Butterball remained elusive and didn't move indoors till she had a litter of kittens in 20008. 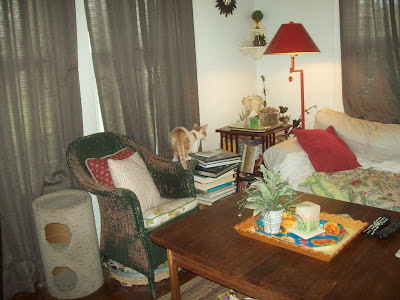 You see Tilly there running away from the camera. She is just as shy and feral as she was the first day she came indoors, totally terrified of both me and Mr. B six years later.

Butterball had a litter of five we trapped on Mother's Day, 2008. Four of her kittens found homes easily, but then there was Freckles. 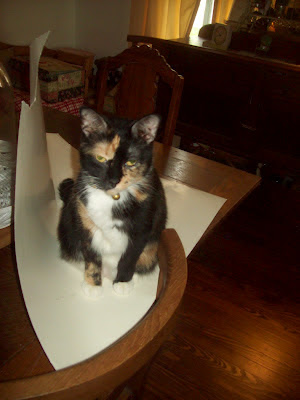 Let's hope she has talent, because she's not going to win any prizes for beauty!

I hope you've enjoyed meeting some of the feline fiends, uh, I mean friends who keep me busy.

I'm so glad to get a look at each cat individually! Now, when I get confused which cat you're telling me about, I can refer to this post. Still love Flossie and Freddy as names for two littermates! And was Trixie really named for Trixie Belden? If so, I never realized that!

Your kitties are absolutely adorable.

All those cats are special in their own way, I can feel they are such playful ones too - You have such a kind heart to take good care and shower them with love!

Hi Michele! After you wrote on my blog that my Trixie looks like your Trixie, I had to come over and hope that you had a picture of her. And here she is! All your cats are beautiful!

Cat Cuteness! We have an old girl, Abby, that looks just like Trixie! She's our little Alpha girl :)