Happy Easter Monday, all. I hope your weekend was wonderful.


It is absolutely beautiful here today, one to pity any person in town to interview for a job, with no idea how rare days like these are. Even though it's spring, there isn't a lot blooming at our house so far this, since the things in pots are mostly succulents and Mr. B claims nothing can grow in the back because of lack of direct sun.

Out front, we have this little cutie: 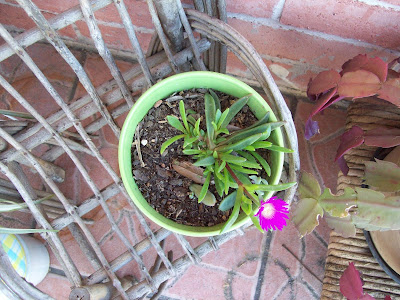 I think this was bought marked down at the end of summer from the grocery store and it having a bloom came as a total surprise.

We also have some pansies chugging along: 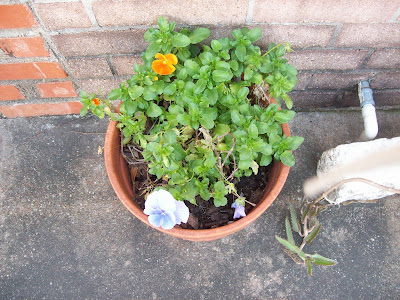 The color in this picture isn't great. They are really lavender and soft apricot. 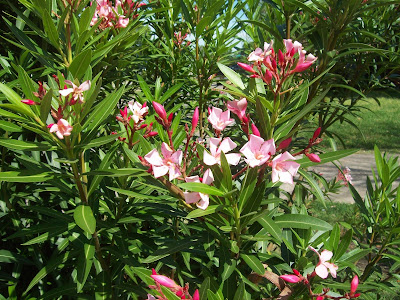 Pink oleander on the border between our neighbor's yard and ours. These are five bushes that were around 8'tall when the lady next door hacked them down even with the ground using a machete. Since then in less than a year they've grown nearly as tall as before and two of them are flowering. This is a pretty pale pink. The one next to it has white blossoms that vanished in the picture attempted, maybe because of the sun's glare.

Last, the one indestructible plant I knew would survive in the backyard, no matter what Mr. B predicted: 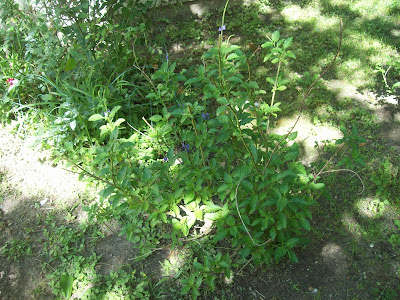 Porter weed has tiny blue sprigs on the tips of its branches which will increase as we move into summer.

It's not much so far, but it's a start. What's blooming at your house?