Happy Hump Day to everyone. Despite my negative experience last week, I went to Goodwill again today for the senior citizen discount, but this time to the one closest to our house. It was a fairly productive trip with one item to help with last week's major issue. You may recall: 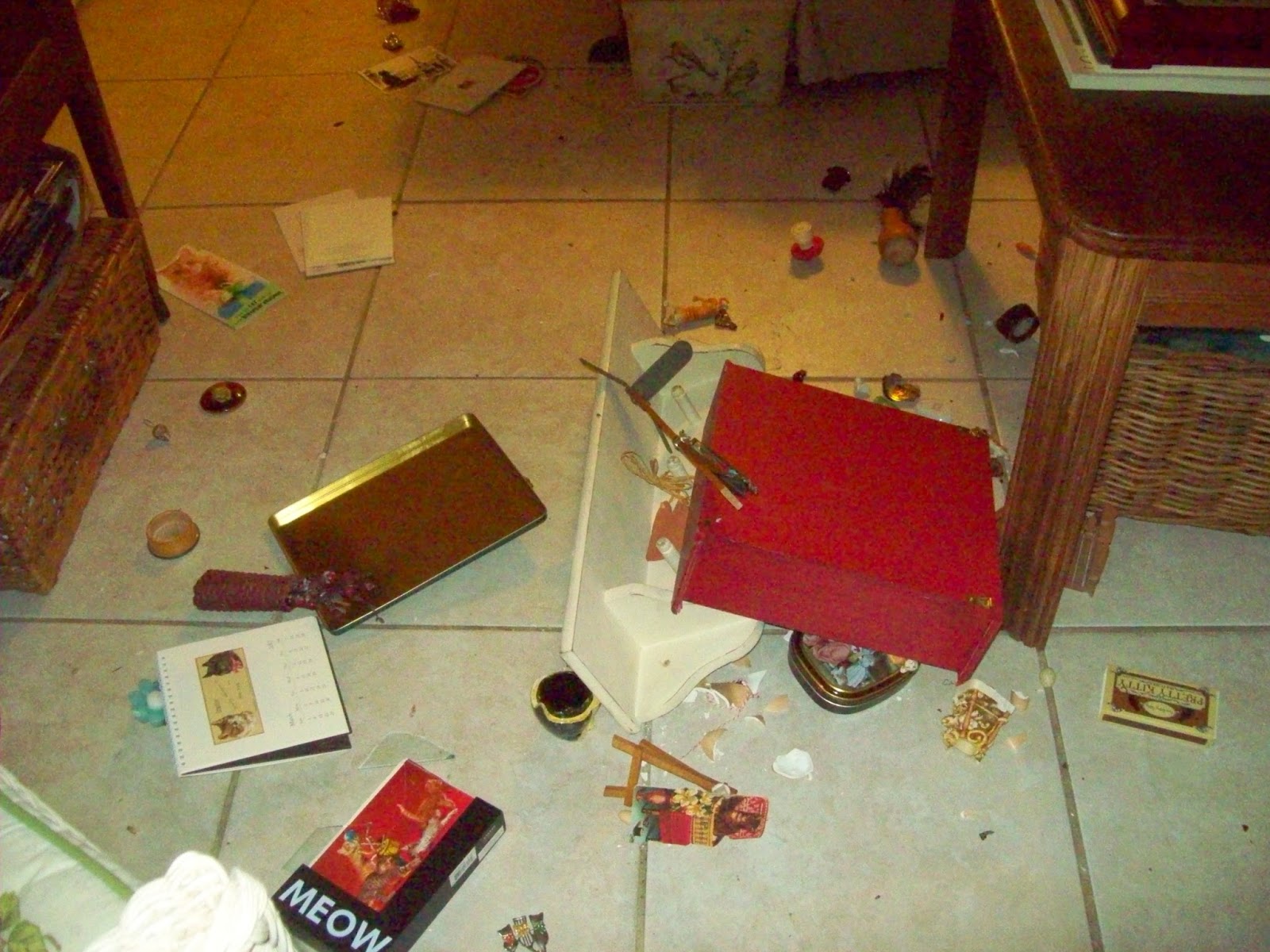 what happened when a shelf fell off the wall in the living room. Ugh. Mr. B blamed the victim, saying it was overloaded and was deaf to my protest that it had the same items as were on it before we moved. There were ugly holes in the wall afterward, so I stuck it back up somehow, but with the realization that nothing breakable could go on it. Today at Goodwill I found another piece and switched things out, so now we have: 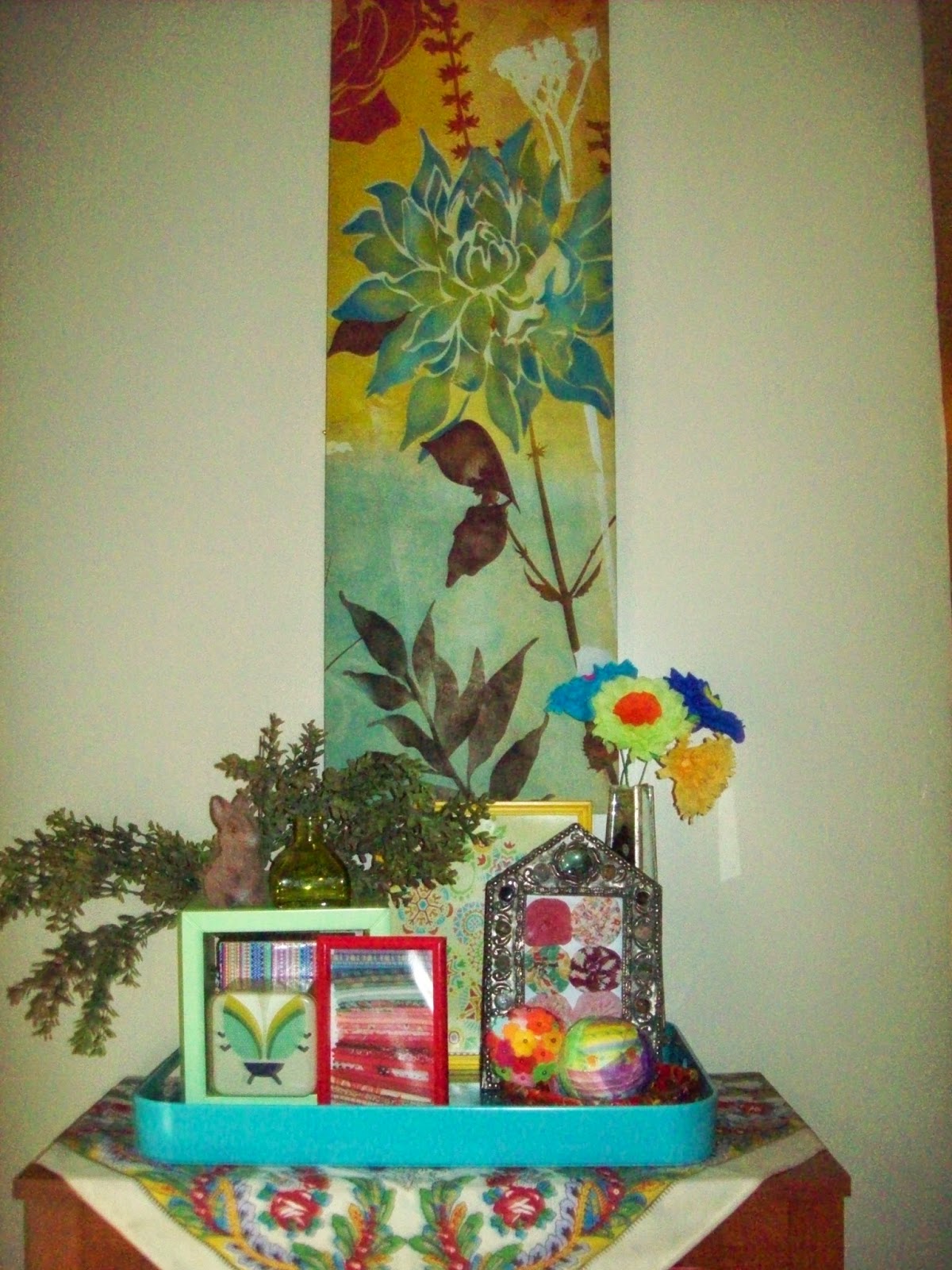 This is fabric stretched around a frame. It coordinates well with the BoHo display, don't you think? Meanwhile, around the corner on the wall with the washstand, you now see: 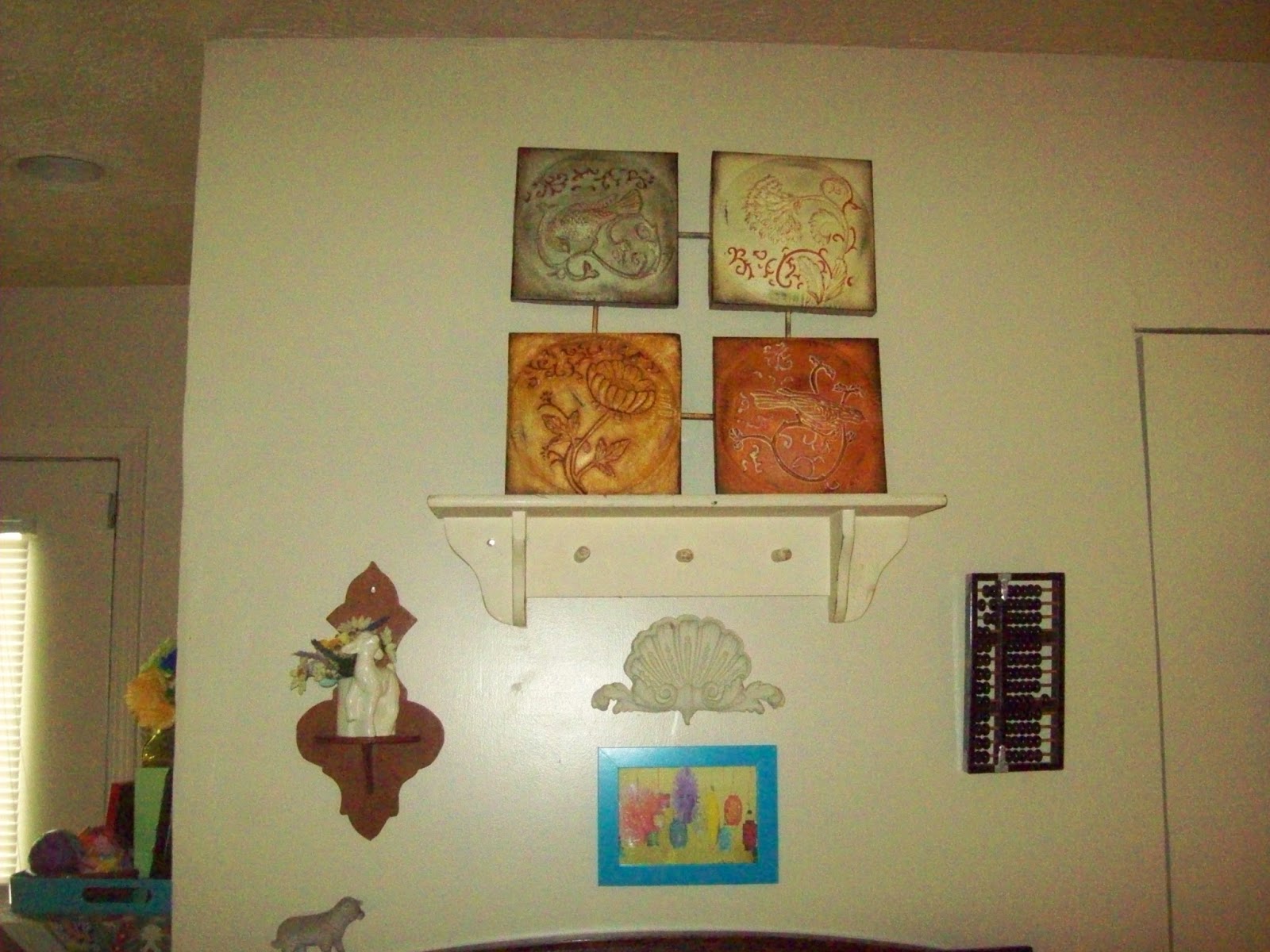 The metal piece over there now. If the shelf falls down again, and it easily could with my poor carpentry skills, the worst thing that can happen is a dent or two. 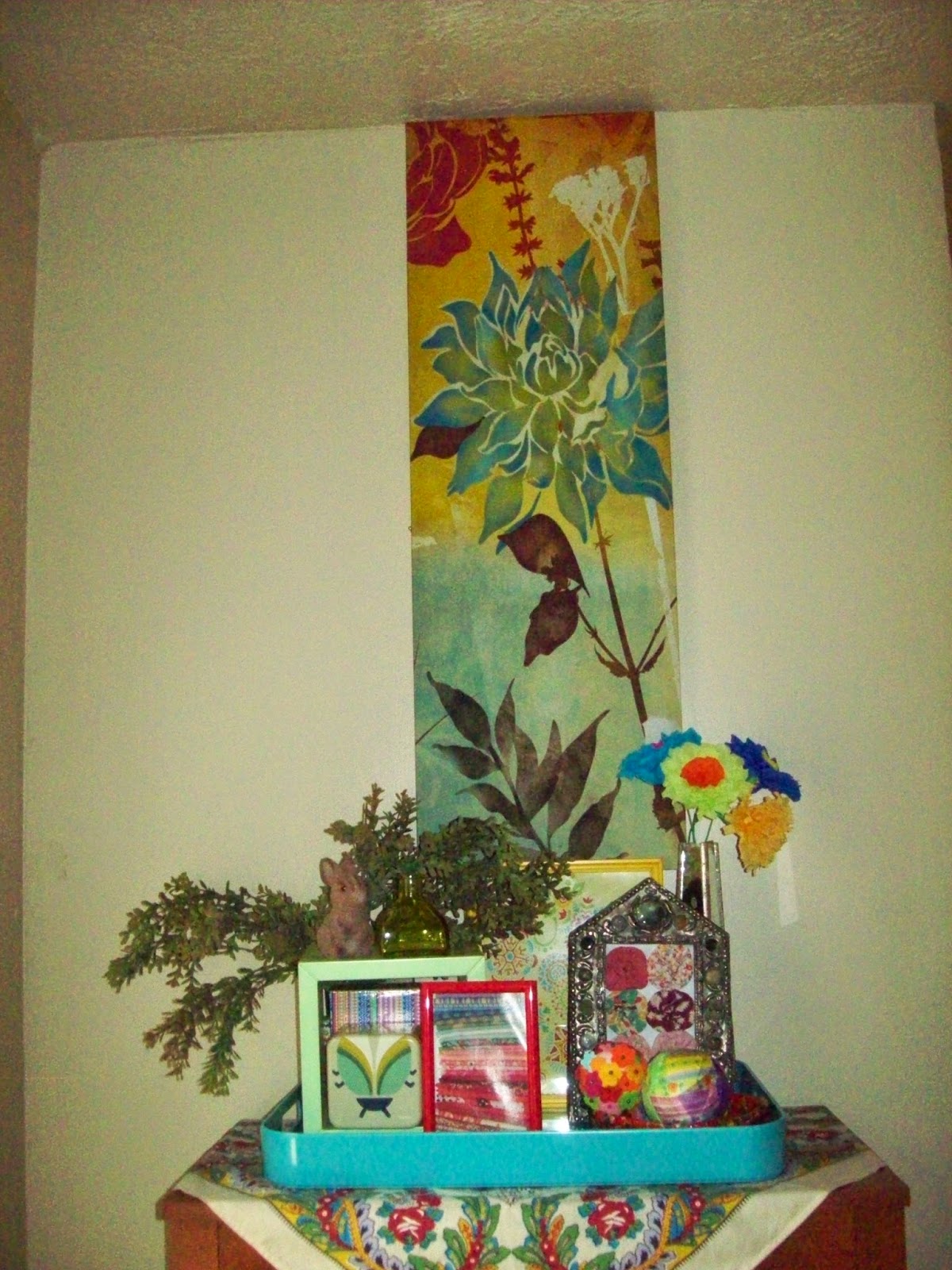 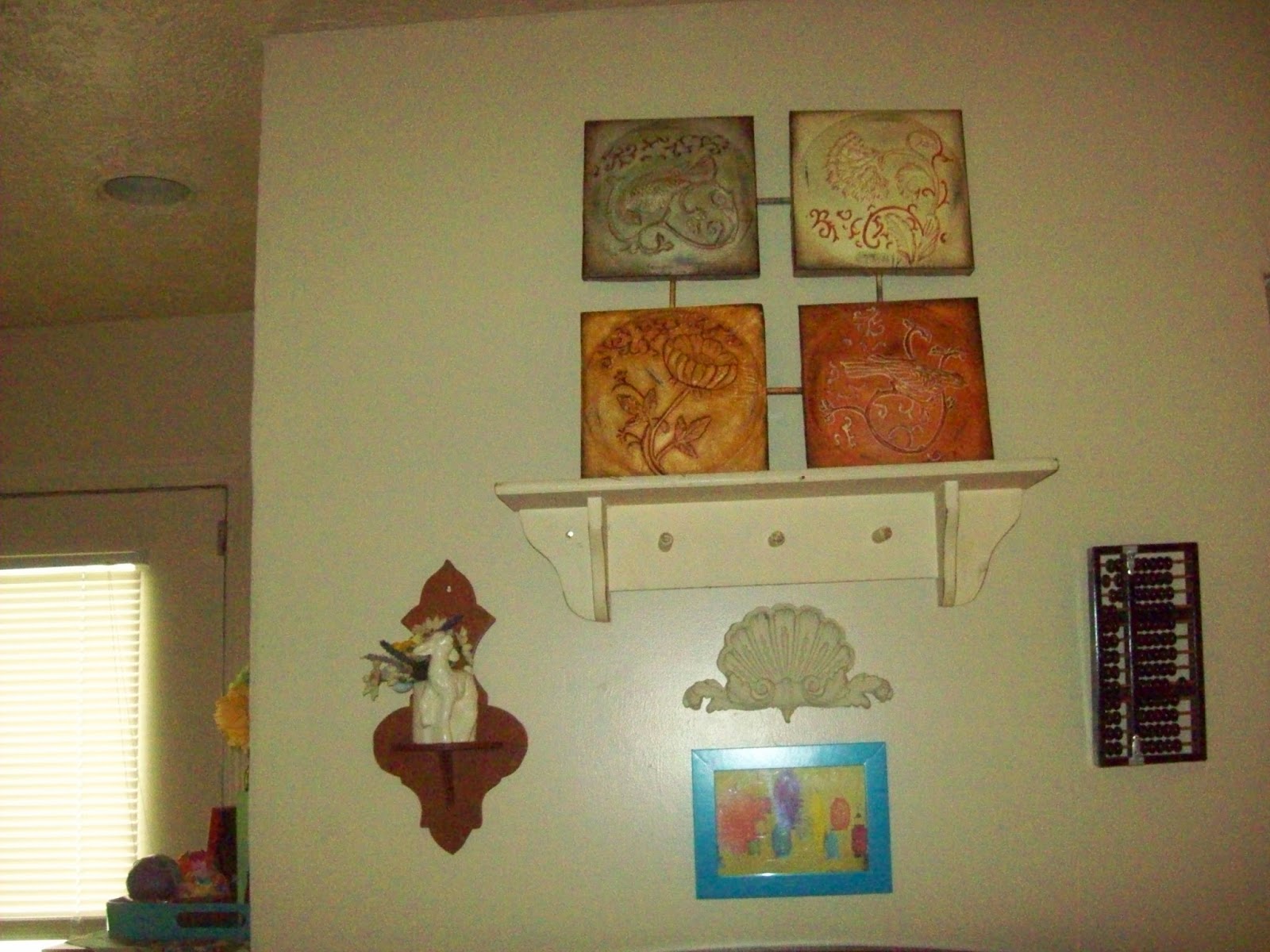 Washstand wall ditto. What do you think? I like the tall skinny wild print. It fills up the space well. As for the other side, at least now the big gaping holes from the wall anchors that failed are hidden.

Have a good one,
Michele

The long wall hanging works great! And it goes beautifully with the color of the tray, to tie it in with your other boho items. A good solution!