I've been mostly home today with a brief p.o./library run after lunch. The rest of the time was spent in sanitation efforts. Not totally successful, but perhaps a bit of progress made. Our bedroom got little attention once the bed was made. 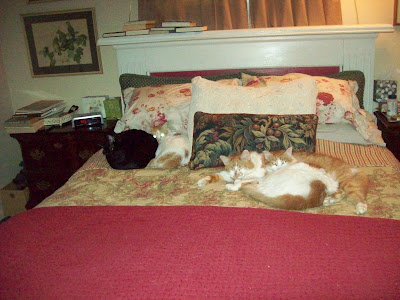 Freddy, Tilly, Junior and Butterball snoozing away are four less under my feet. 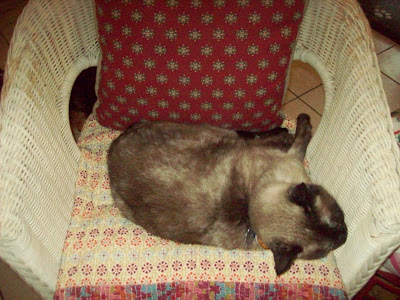 Minnie fills that chair up, doesn't she? Being matronly and mature (and what catalogs in an earlier era called "Stylishly Stout") she seldom causes problems. 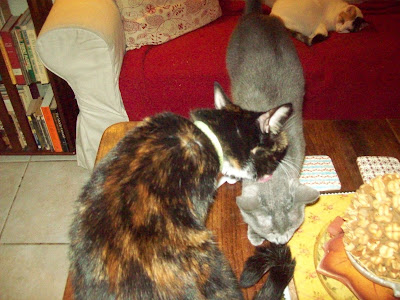 Enough cat silliness from me, although I do plan to steer clear of the black cat till after midnight! Avoiding extra bad luck on Friday the 13th sounds like a fine idea!

Michele
Posted by Michele at 5:19 PM

Hi Michelle, so nice to meet you and thank you for stopping by and your kind comment. You kitties are so cute and look like they make themselves right at home. Enjoyed my visit and your newest follower. Have a great week :)