I hope your week is off to a good start. Mine is, because I managed to be moderately productive this morning by finding places to put a large box full of blinds and curtain rods, an old suitcase, big plastic tub full of bedding and more. Now while it's in this newly neat state might be a good time to show you this space.

First of all, this is the house of doors. The first room you enter from the front of the house, the one we're going to use as a library, has five, three actual panel doors and two openings to another room. It certainly defies the logic of houses in 2014 and makes for some complex traffic patterns. One of the doors leads to a hall. You enter the hall from the library. On the right is a entry to the kitchen, to the left one to the dining room, while straight ahead is the living room. 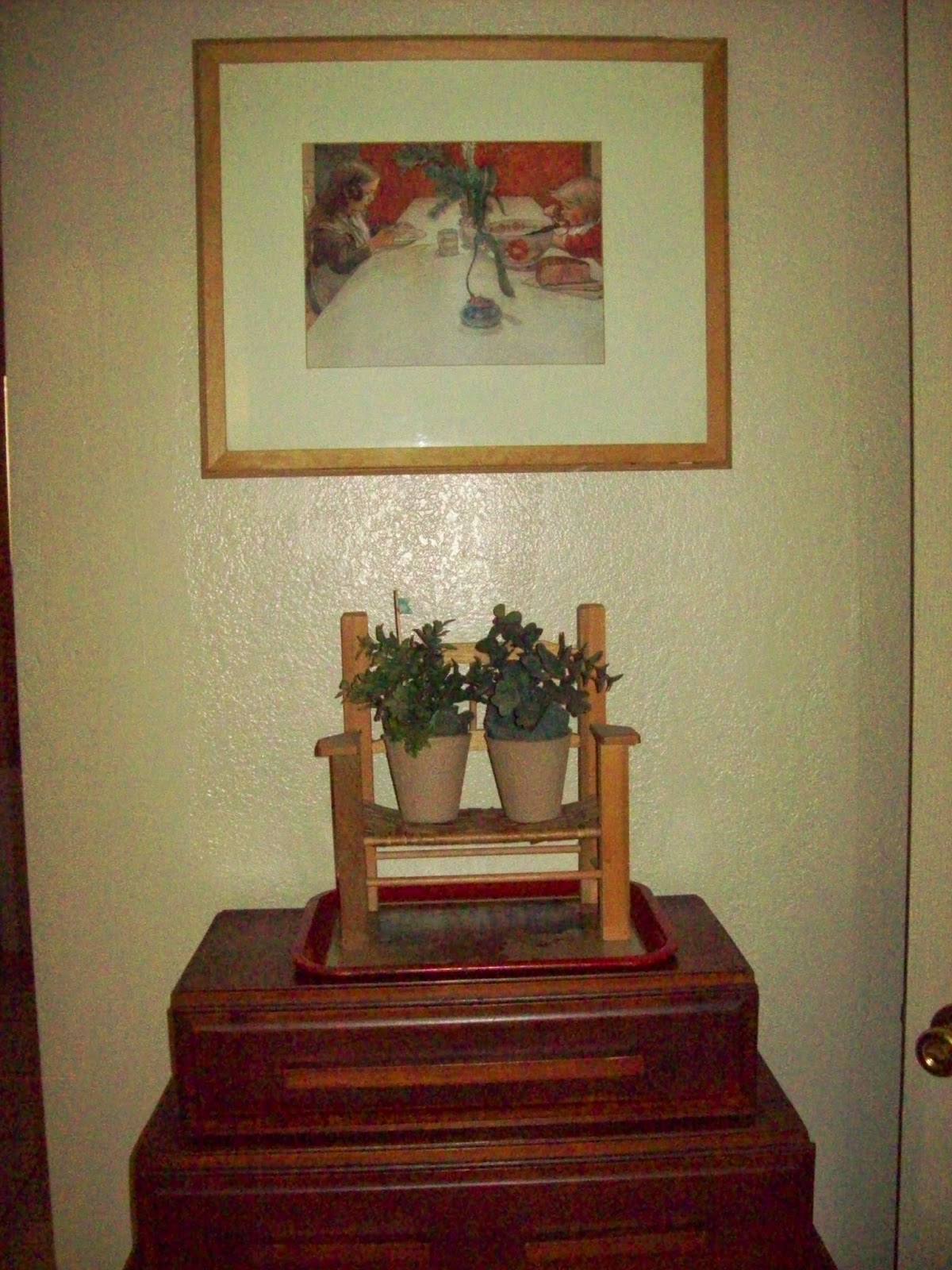 Here is the small stacked chest my grandfather made with a Carl Larsson picture above it. 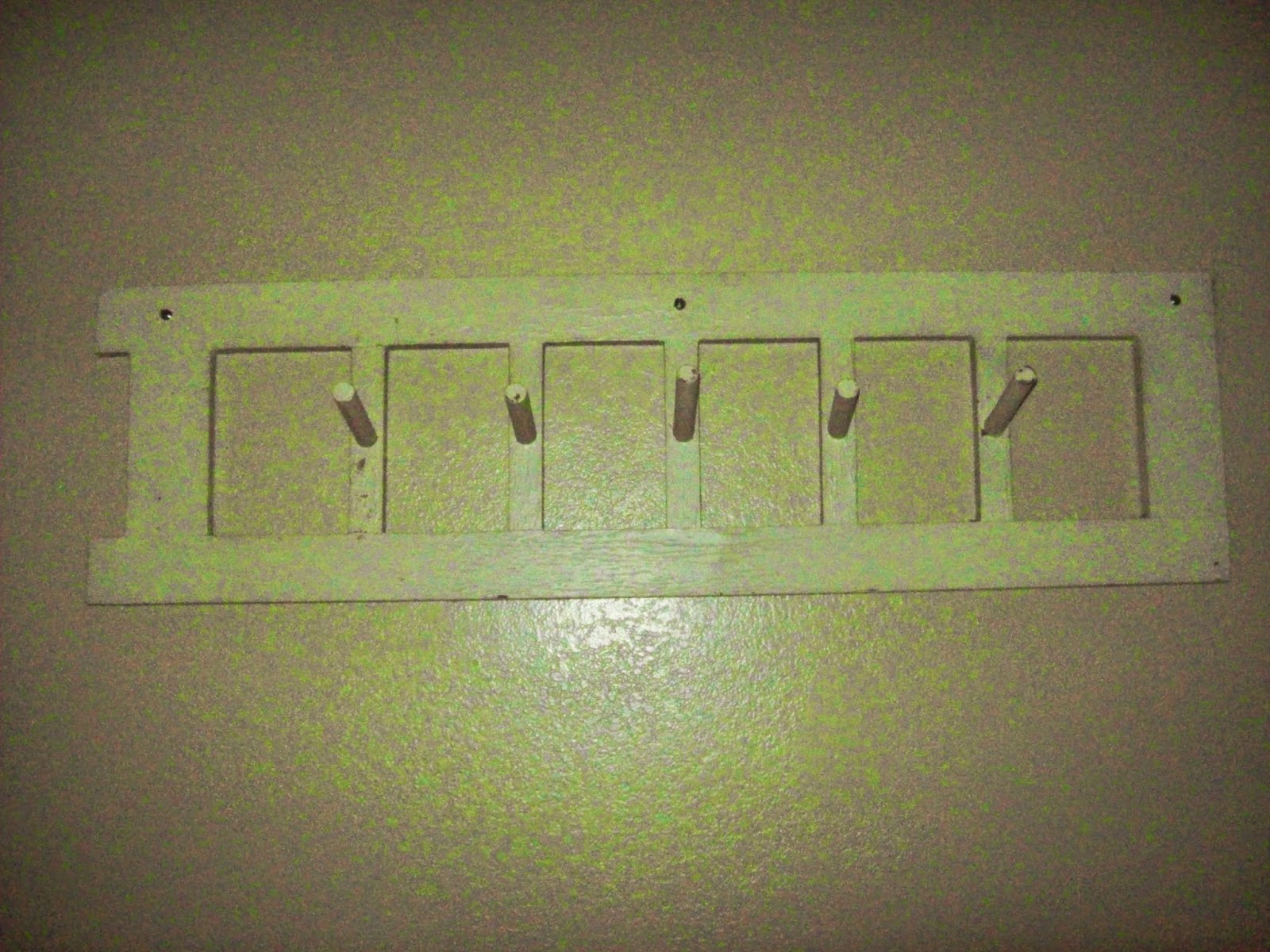 Opposite it Mr. B hung a coat rack that will be useful for sweaters and jackets when winter comes, hard as that is to imagine in August. 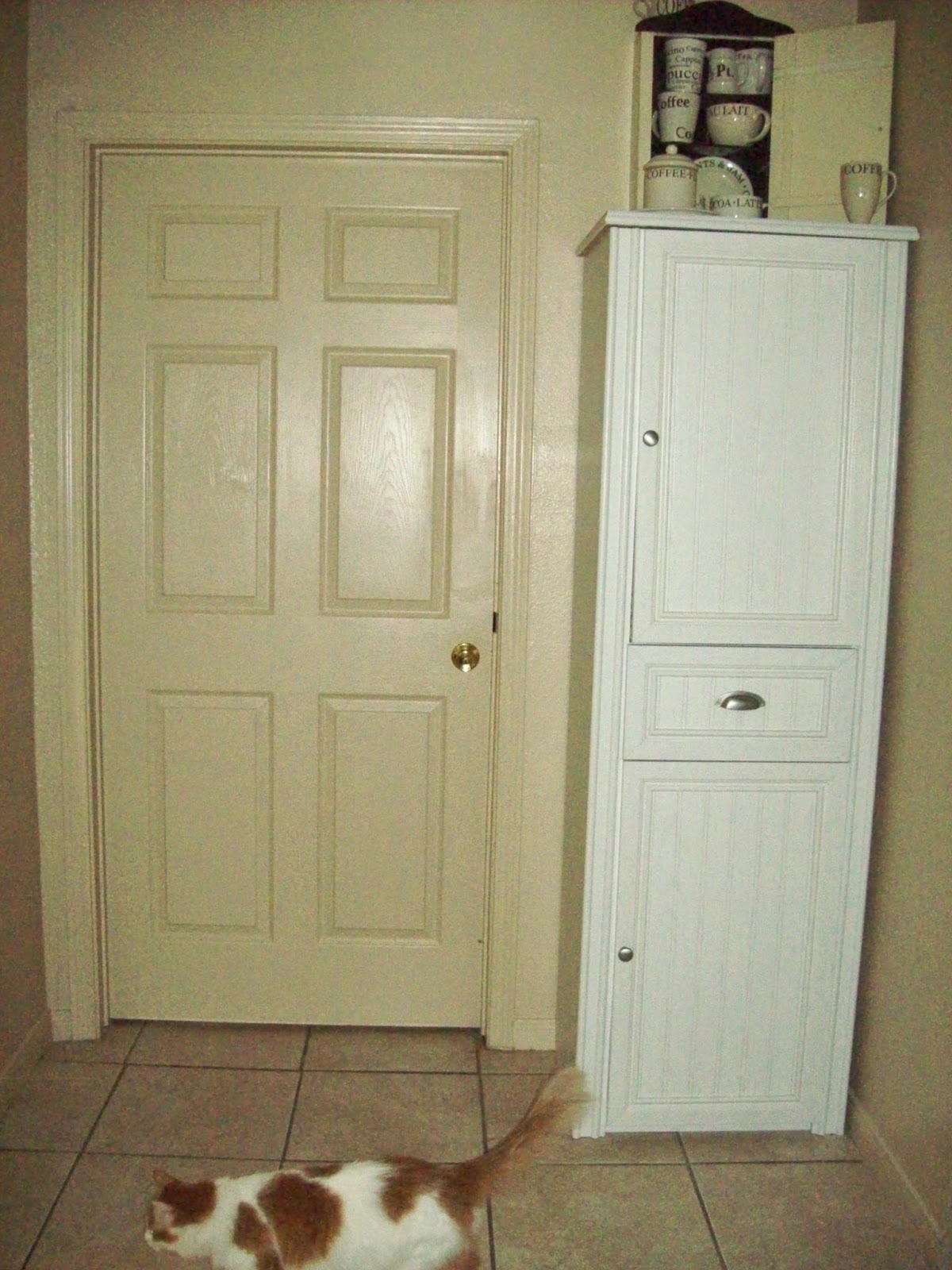 Also in the hall is the pantry for staples we bought after moving in. Next to it is the door to the living room. As you see, Butterball made a rare cameo appearance in this photo. It also shows how out of step the place is in 2014. None of the rooms are "open". There is no flow. They are all separate and in most cases have full panel doors that can be shut. It's easy to imagine a younger family looking at this house and running away, screaming horror. But that's all right. Everyone is different. Since moving in we've discovered a lot of separate rooms works just fine for us. When we're in the living room the door is open and the cats can come and go. As we leave it's shut, keeping the furniture cleaner with less likelihood of anything being knocked over or broken.

I think it will work well for entertaining, too. With company at Thanksgiving, for example, those who want to watch football can go in there, shut the door and turn up the sound as loud as they want. The rest of us can sit in the library and talk or read. The same is true if there are overnight guests. They can shut the space off and not be bothered by cats, watch television late if they choose and be more comfortable than in our former place, where the space was more open, but less convenient. It's very old-fashioned, but also practical.

Tomorrow I'm scheduled for cataract surgery early in the day. Depending upon how it all works out there may be a post on Tuesday, or it may be later in the week.

Have a good one!

I'm glad all the doors are working FOR you and not against you!