Hey, folks, how's your week so far? We're back to hot, but that hardly counts as news.

Remember the great disaster last Thursday? Mr. B grumped over to Home Depot on the weekend and this is the result: 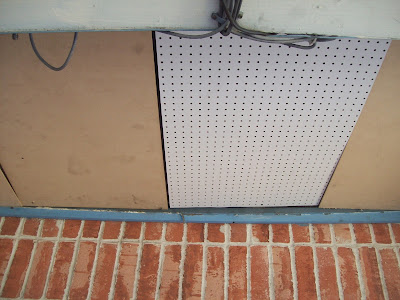 The pegboard has some specific purpose, which escapes me now. 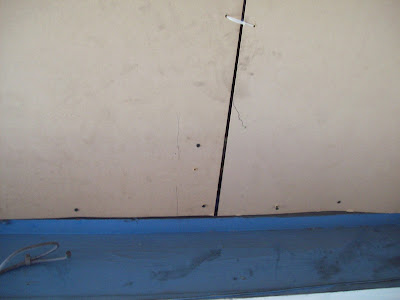 Notice the interesting injection of zip ties into the plan. 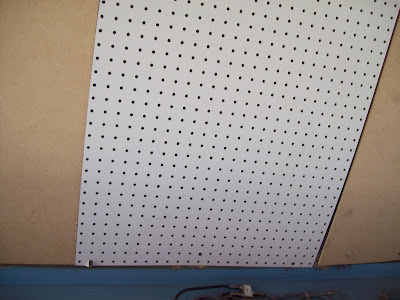 This confuses me, but it is supposedly to do with ventilation. Whatever.

Meanwhile, a small glimpse of the aftermath of all this carpentry wizardry: 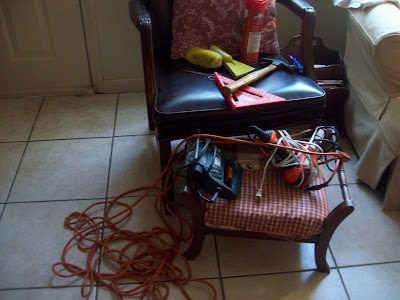 Just inside the front door. Mr. B assures me the final stage of the ceiling repair will look much better. Considering the whole perimeter is covered with wires like those in the first picture, that hardly seems possible. They were all there when we moved in and have nothing to do with any of our phones,tv or other devices, so doubly annoying to have to look at on an already unattractive structure. So that's where we are in our efforts to limp back to normal after last week's debacle. Stay tuned for the last bit that is allegedly going to make it look nice. But it probably wouldn't be a good idea to hold your breath!

Have a good one,
Michele
Posted by Michele at 4:40 PM