Where has July gone?


I can't believe we are this far into the month of July already. At least we've continued to have rain, unlike most other recent summers, so that's a relief. Part of this week has been spent thinking about Mr. B's birthday which falls on Sunday so not a lot of decorating has gone on.

In our former house, there was a grouping over our headboard, which is a repurposed mantel. That isn't possible here. Due to a dearth of wall sockets, it has to go on a wall with a window now. Some of the other elements were shifted over the dresser instead:
the wreath pictures and goodnight sign were all above us before. The oddly placed piece to the left is covering up an alarm system box that was here when we moved in.

Outside the door is a small, square hallway. It has doors into the master bath, closet and bedroom. This is where the former pantry has come to rest: 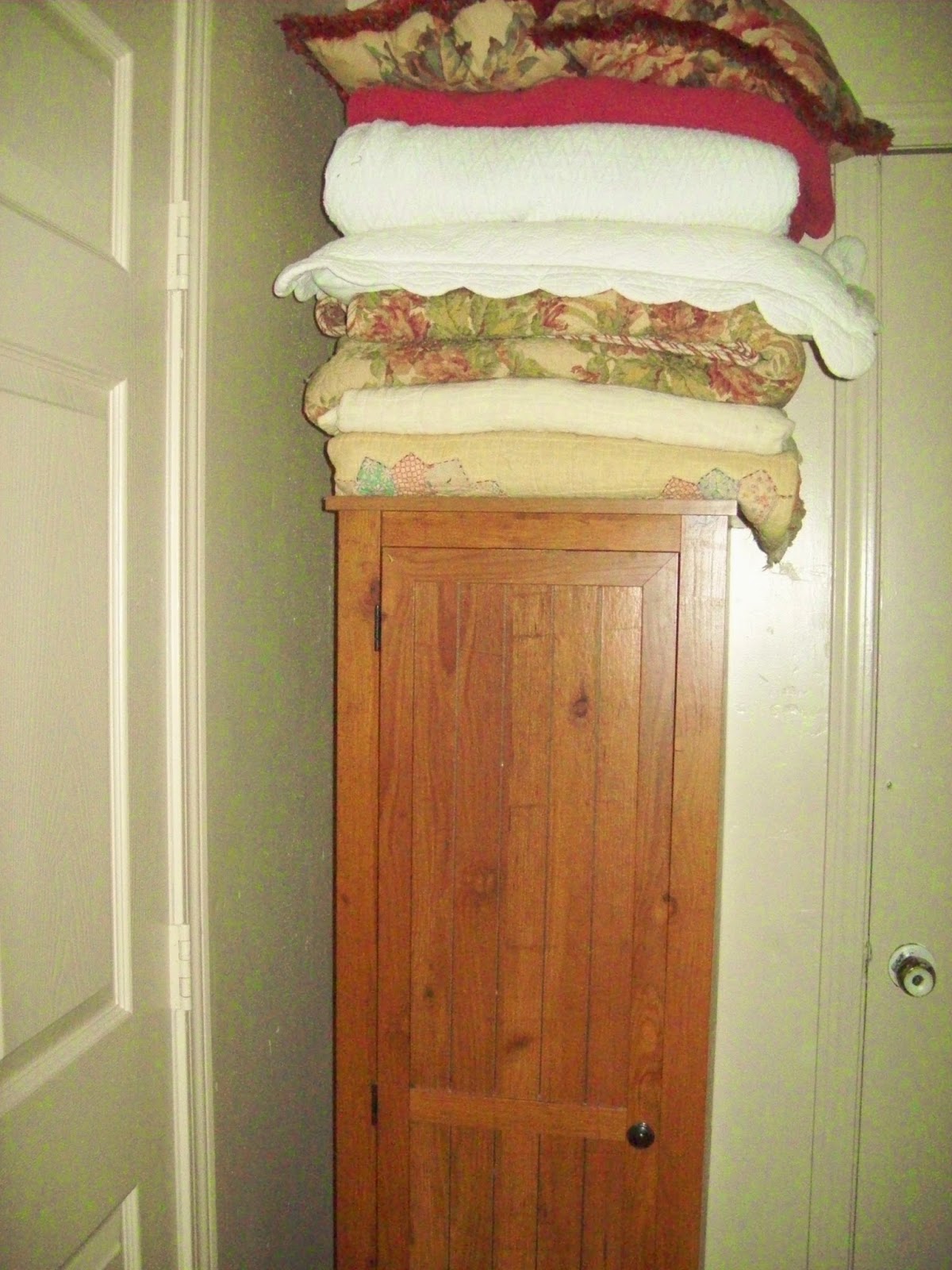 Sheets are stored inside and a few quilts and pillows on top.  It's useful. Two houses ago, pre-Ike, we lived in a place with a huge linen closet, so storing everything wasn't an issue. The last house had a large one, but also an attic where out of season things could be stashed. Here, although the house is larger in some ways storage is a problem, so this works well and fits available space, can't beat that combination.