There was no intention to quit writing regularly, believe me, but a double whammy hit this spring that knocked all plans off course. First, Mr. B was sick for two full weeks of April. Despite being woefully unqualified, guess who got to stand in for Cherry Ames, R.N.? Life had barely recovered from the horror of tending a man with a head cold, when there came news in the mail. We got a letter from the owners of the house we rented that they had sold all their property--our house, another one next door and small 4-unit apartment building behind us--and would be closing before 1 June. EEK!

The good news is that the Houston economy is doing great. The bad news is that since things are going well there is nearly full occupancy and it is very hard to find a place not sold or rented the first day it went on the market, so we knew it would be a challenge and probably impossible to stay in the same area. Both these facts were true. We did find a house online that had many good points and an equal number of negative ones. After a frustrating six day wait while the agent ignored phone calls, e-mail and texts, contact was made. We applied, were accepted and put down a deposit. Starting on June 13, every single day I made at least one, if not more trips to the new house hauling things in my car. Meanwhile, this was our life: 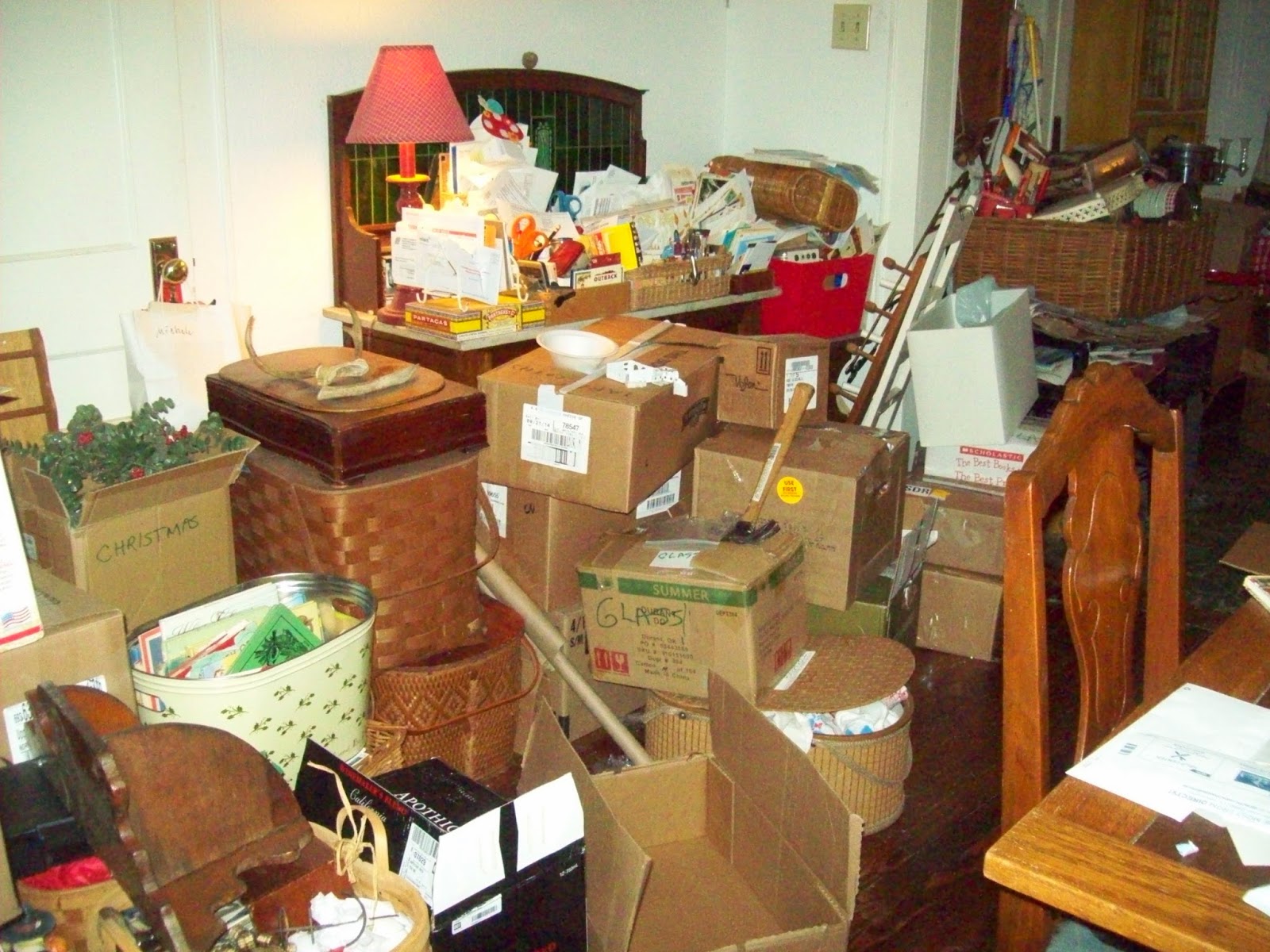 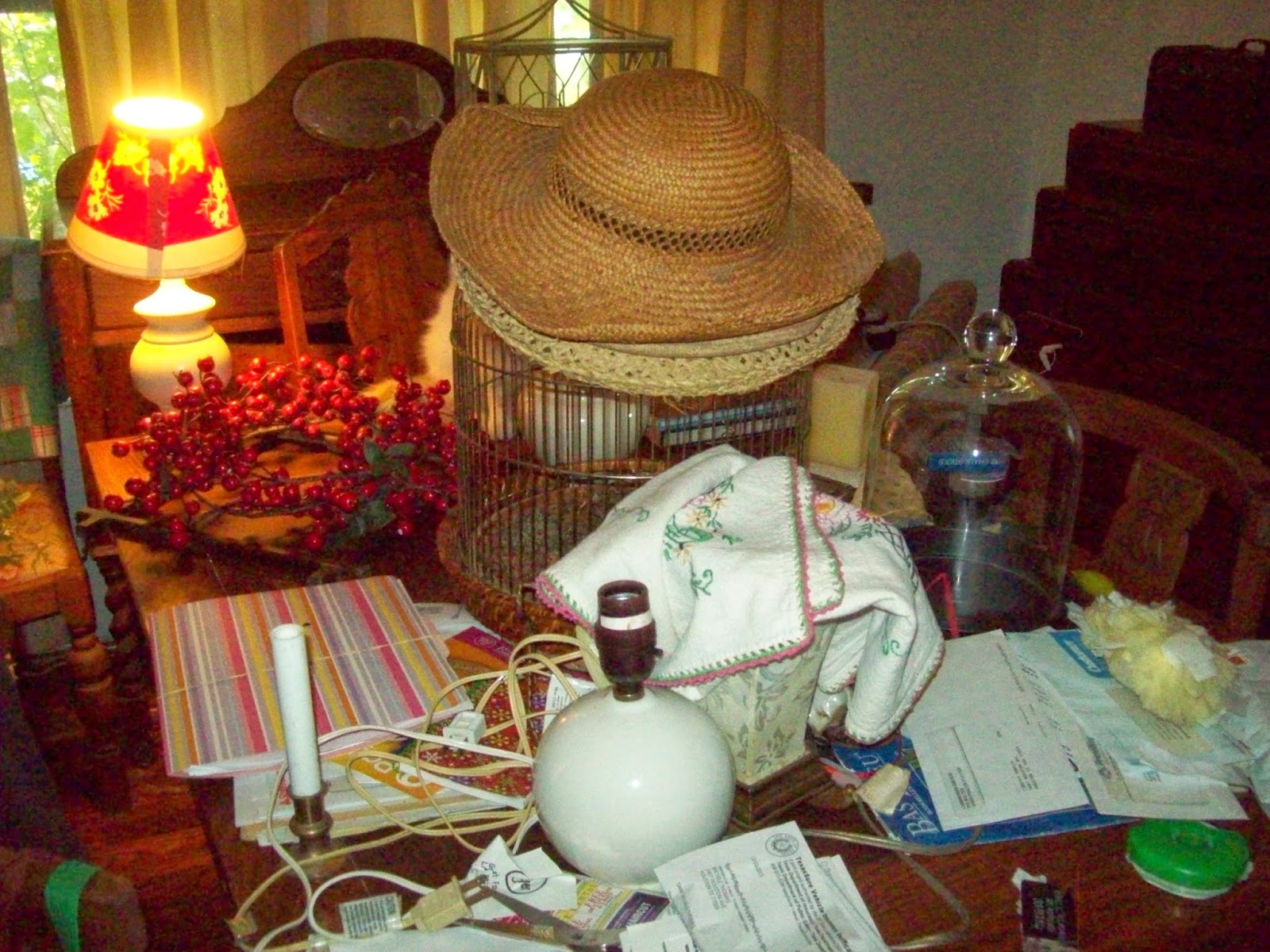 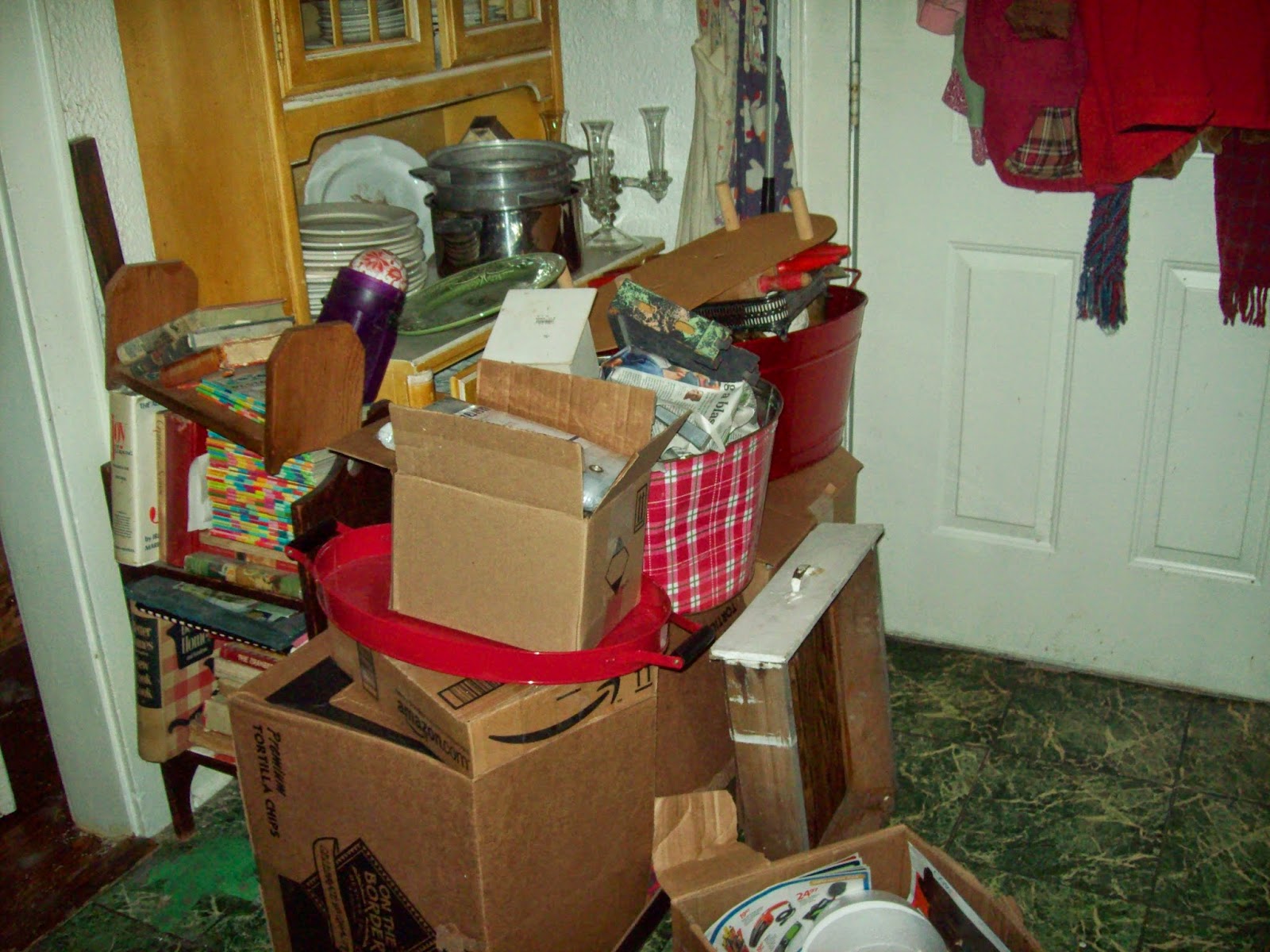 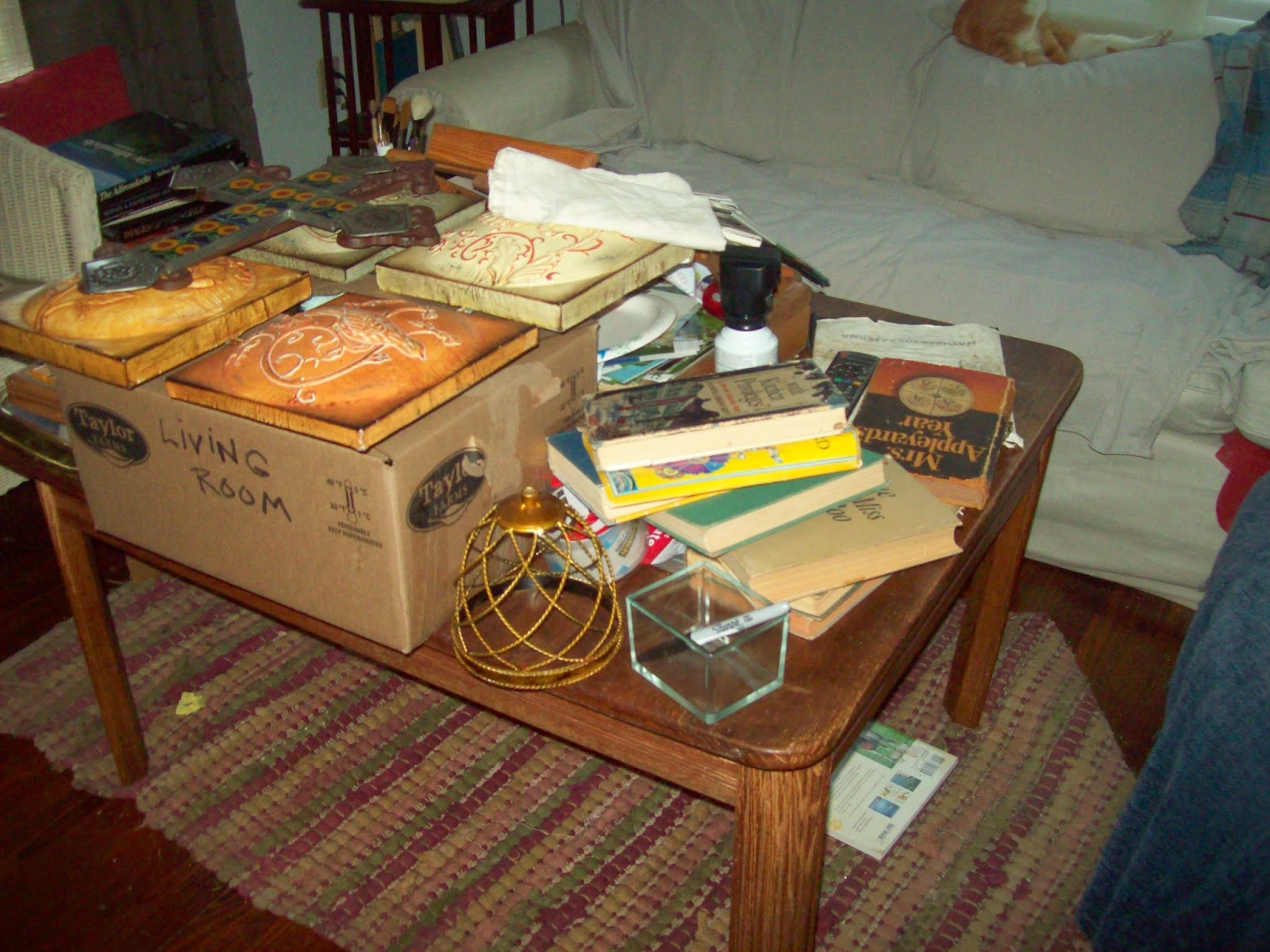 Every day I hauled boxes in my car. On the weekend Mr. B borrowed the company pick up and we filled it with boxes and small pieces. The hired movers came on June 21. When they finished we STILL had lots of stuff at the old house, including two cats. It turns out I ended up going there daily until this past Tuesday, when a son came to town to retrieve his sister's car she had loaned me. It was a horrible experience that felt like it was never going to end. AND, just so you don't think we were stubbornly determined to take every rusty paper clip or broken rubber band each day there was also something donated, discarded or left with a Curb Alert to the local FreeCycle. We gave away tons of stuff, yet still it went on. And on. My friend says your old house becomes like the clown car at the circus when you move, and nothing about this event disproved her theory.

Highlights/lowlights. Three service men appeared hours early, so there wasn't as much waiting as anticipated. On the other hand, getting the newspaper delivered was a challenge.

Three days after we'd officially moved in with the furniture and slept here I found one cat at the now empty house in a lower kitchen cabinet. Poor Freddie was paralyzed with fear. He was easy to stuff in a carrier in that state. A trap caught the remaining elusive feral, Tilly. Mr. B got a ticket for speeding trying to rush her home that evening.

The movers were great and patiently waited as they assembled our bed when I raced in to put the dust ruffle down before they laid the mattress on top of the box spring.

Other good news: this place is about twice as big as the former one with two full bathrooms. There are not enough words for the delight of no long having to share. It is also literally five minutes from where Mr. B works, so the relief from the stress of his commute is already starting to have an effect. The listener to his monologues railing against TXDOT is pretty happy too.

Bad news: the house is well, ugly and on a busy corner. Otoh, before we were right next to an entrance ramp onto I45, so we're used to loud. It also has no front yard or garage. Weird, huh?

Good news: the kitchen is larger. There are enough extra rooms that Mr. B has one just for an art studio. The living room is huge and at the back of the house, so away from the fray. That leaves the first room you enter for me to be a library, whoo hoo!

Other good news: because it's larger there are lots more spaces to decorate and excuses to shop. Not to mention the undeniable fact that if the owners hadn't decided to sell, I would never have gotten my other half out of the tiny settled-for place we landed post Ike.

I will stop for now, but will show you some of what we're dealing with in the coming week, with pictures of problem areas and others that have come together fairly easily.

Have a great weekend!