Are you having spring break where you live? It isn't this week where we live, judging by the massive numbers of cars by the grade school at the end of our street. With the cooler than usual temps, pictures in the paper of kids by the Gulf on Galveston looked more like refugees from eastern Europe than frolickers chasing the sun. The weather was very grim last week, but that didn't stop me from attending the Interfaith Ministries rummage sale, though. Here are some of the things found there: 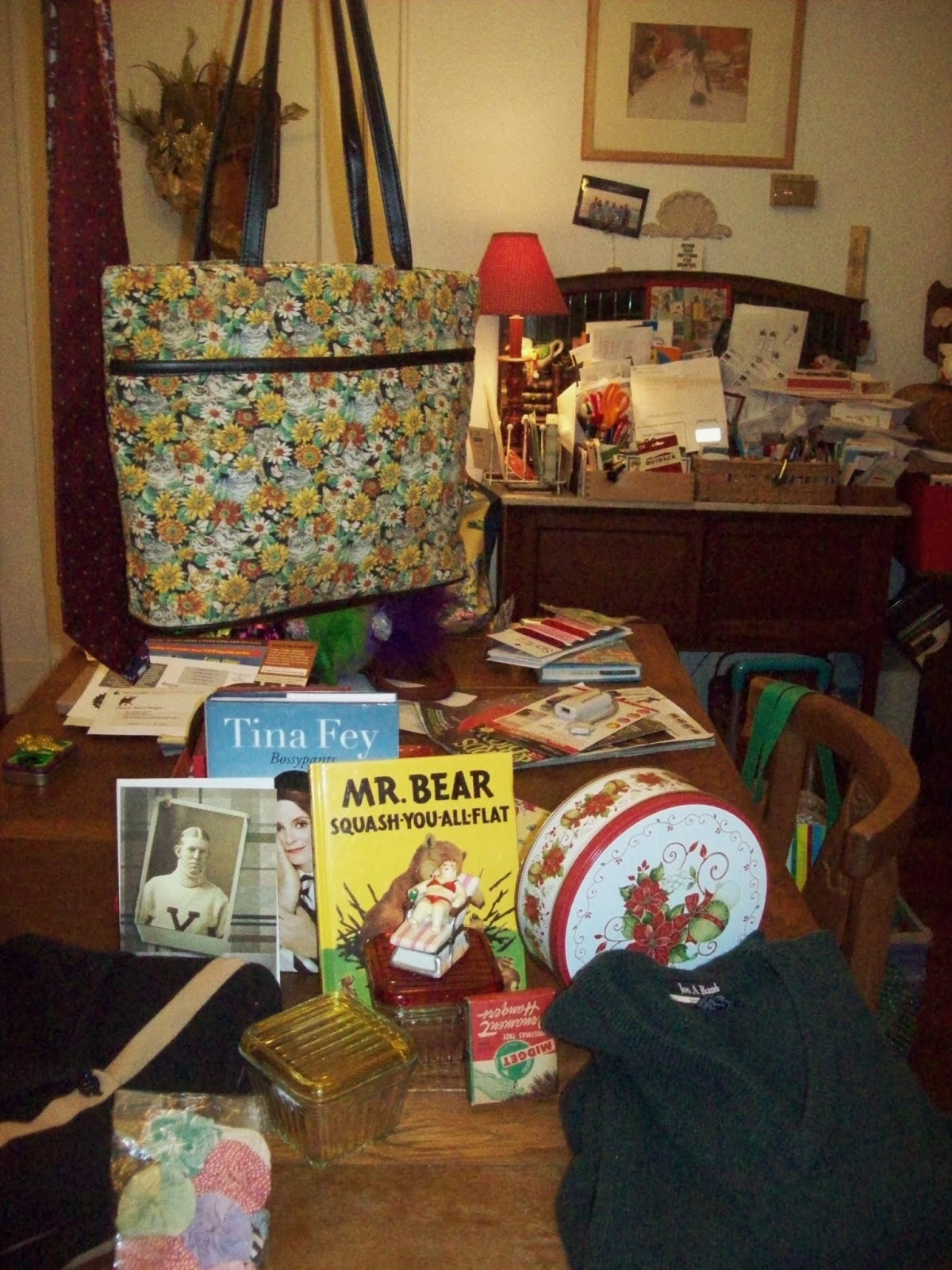 A couple of books and cards, two reproduction glass refrigerator dishes with yellow and red lids respectively, vintage ornament holders, one holiday tin, a sweater to the right, Talbot's twin set to the left. It's black with a narrow tan stripe. One package of yo yo pompoms, three silk ties and the bag hanging from the chandelier. It attracted me because I like sunflowers, but it was a must buy when it dawned on me that there are tiny tabby cat faces peering between the blooms. Not shown gray Dockers for Mr. B. Trixie came by to check it out, too. 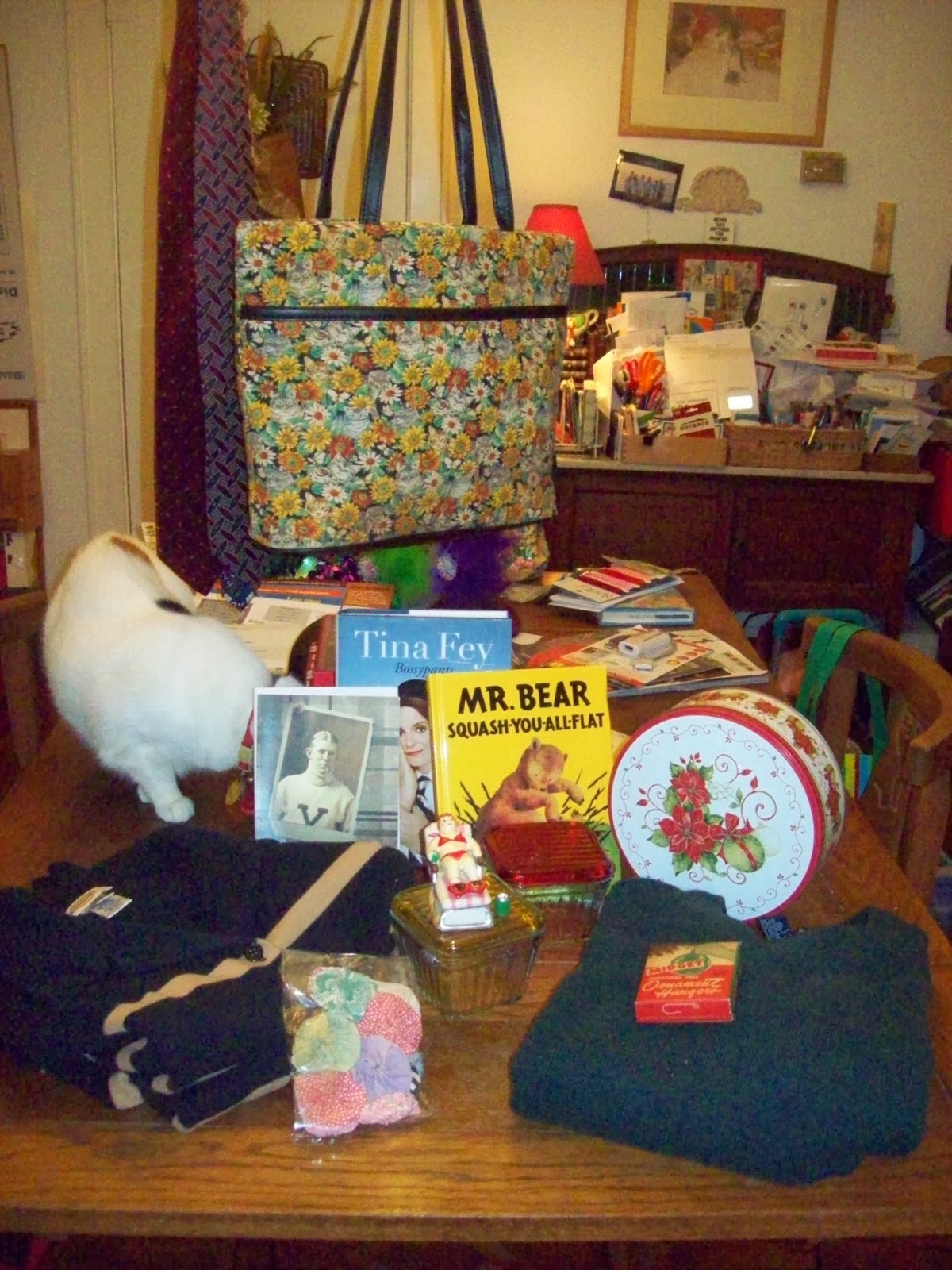 I also stopped at Family Thrift where my new bedskirt was located, but also picked up: 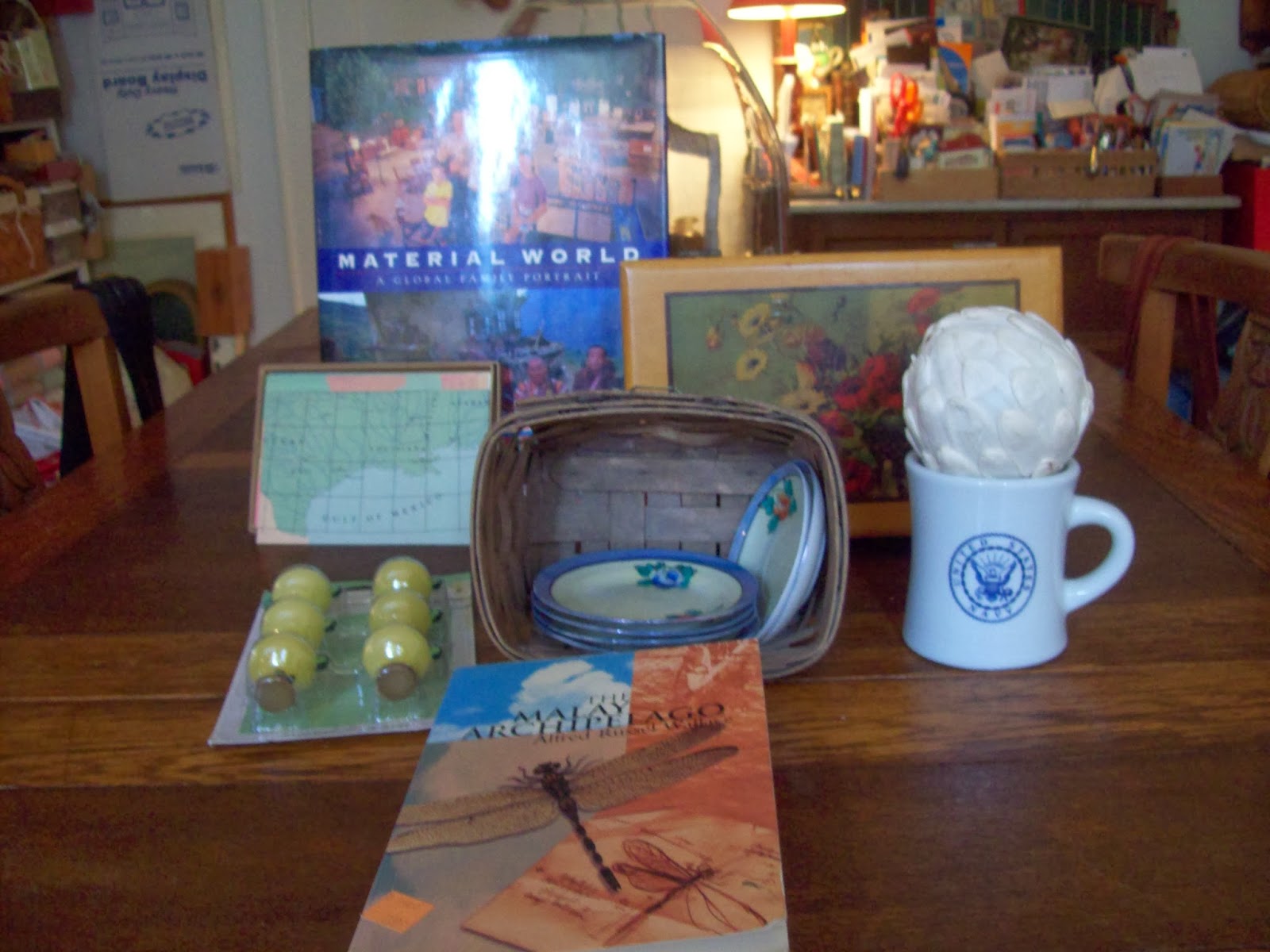 A book I've wanted to read since it first came out, Material World. Photographers went to countries all over the globe and took pictures of families with all their possessions in front of where they live. So far it is fascinating. There was also a new box of Fossil post cards, an unopened package of Wilton cake candles made to look like frozen Margaritas, complete with lime slice on the side, a fake artichoke, four plates and two saucers from a doll set made in Japan, a Longaberger basket, wooden box, US Navy mug for Mr. B, who was in the Navy during Viet Nam, as well as a reprint edition of Alfred Russel Wallace's book, The Maylay Archipelago. That title is constantly being referenced by PBS for nature programs, so it will be nice to see what this intrepid naturalist said in his own words. The box was battered, but a quick scrub with wood restorer took made much of the wear disappear: 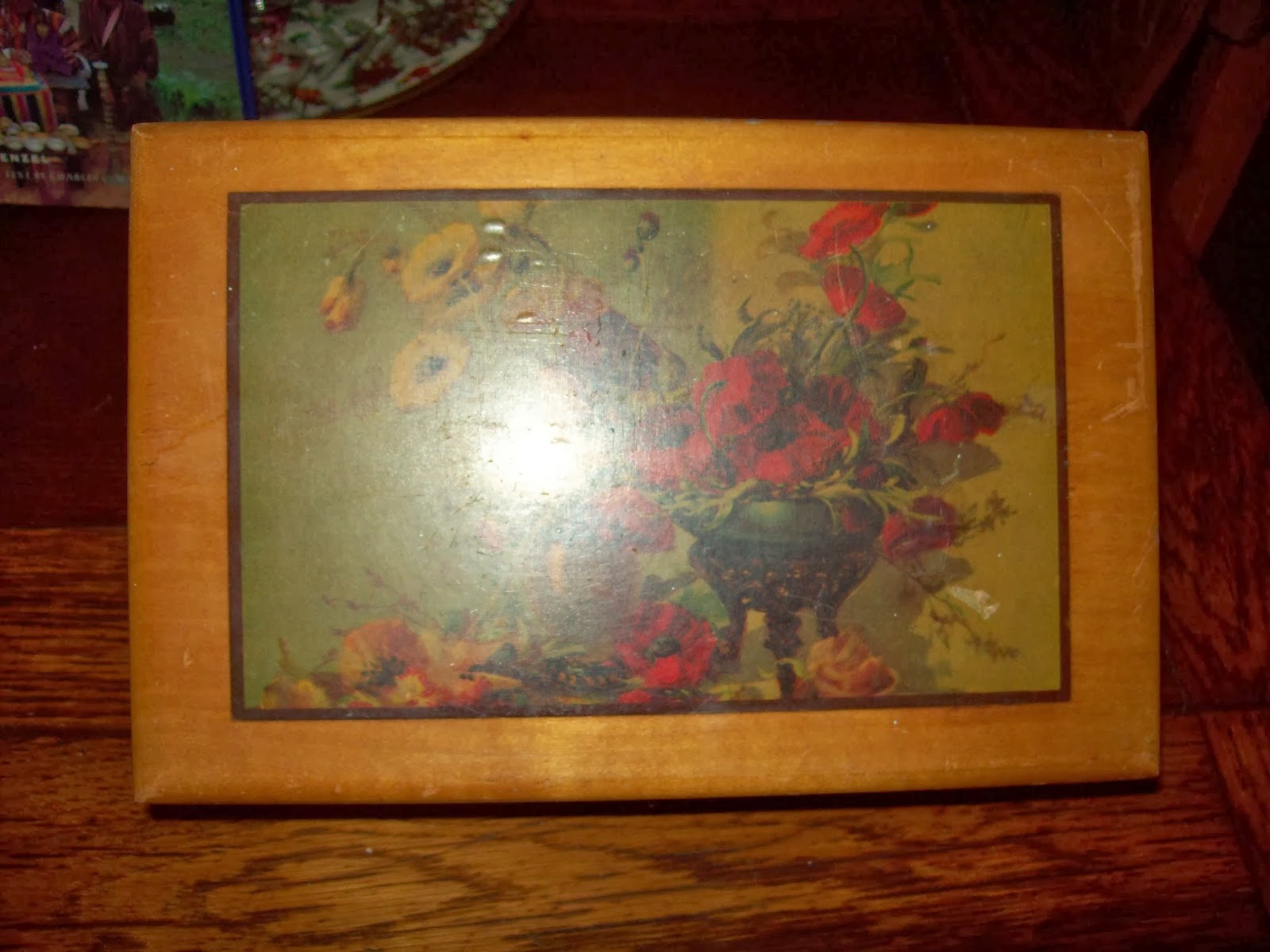 The main reason it came home with me was because the bottom still has remnants of its original price sticker that shows it was sold at W. T. Grant's. You know you're old when you remember Grant, Kresge and Woolworth stores! Oh, and let's not forget Ben Franklin, all but a memory now.

Have a good day, and stay tuned for more birdie cheer soon!