It's been a long day.


I hope your week is winding down in a satisfactory fashion. This days seems to have lasted about 72 hours already for some reason. That's not a complaint, just an observation because it's odd.

Mostly today I concentrated on cleaning in the library, dusting and vacuuming and all the necessary effort in the War on Grime. While in there, it occurred to me to try and switch the two lamps. Therefore, instead of this: 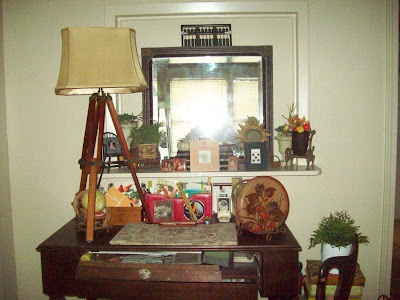 It has moved across the room and had its legs shortened, thus: 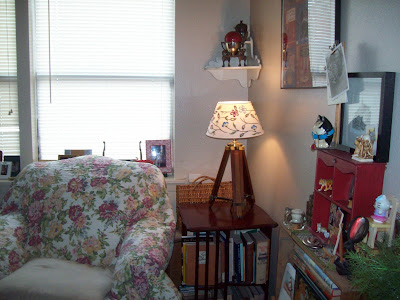 and the shade switched as well. Meanwhile, over on the desk, we now see: 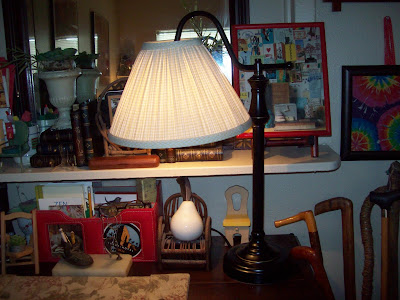 This was largely due to ongoing issues with bulbs. They are too bright or too dim, glare out in the wrong space or fail to illuminate where the light is needed. A House that Jack Built process began when  an LED one gave a sinister, morgue effect in the former lamp by the arm chair. It was demoted to the little lamp inside the closet where looks don't matter, but then getting one that worked and wasn't  worse than before proved a challenge. This is how it ultimately worked out. By now I'm no judge at all of how it works, but am too tired to fool with it anymore. This is going to have to do, for now at least.

Michele
Posted by Michele at 4:43 PM