No, we don't really run a cat hotel, it just feels that way sometimes. Ours have adjusted to the move fairly well, all things considered. Freddy and Tilly had to be trapped and were tremendously traumatized, but even they came out of deep hiding eventually. 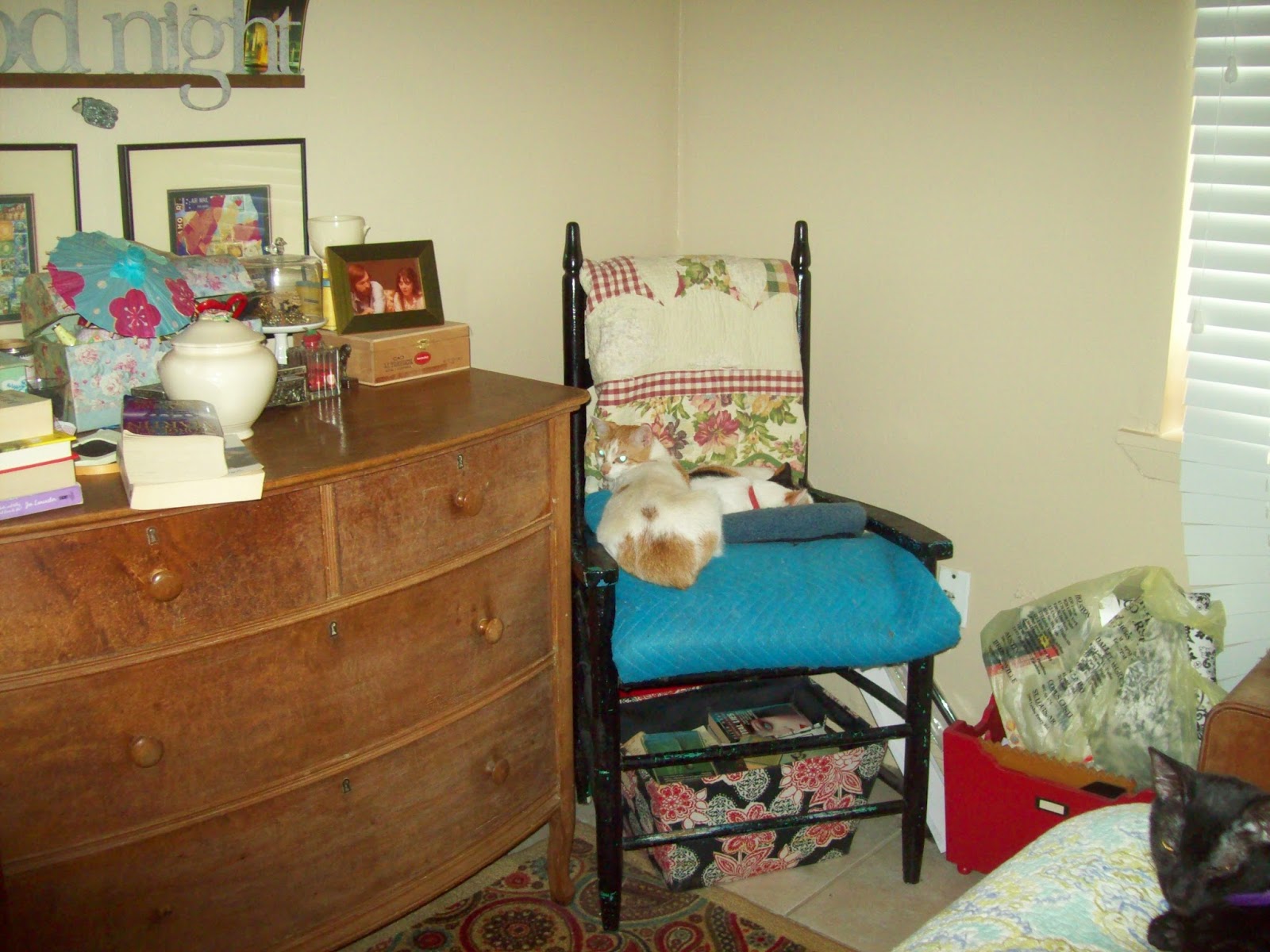 Trixie and Tilly like this chair in the corner of our bedroom. 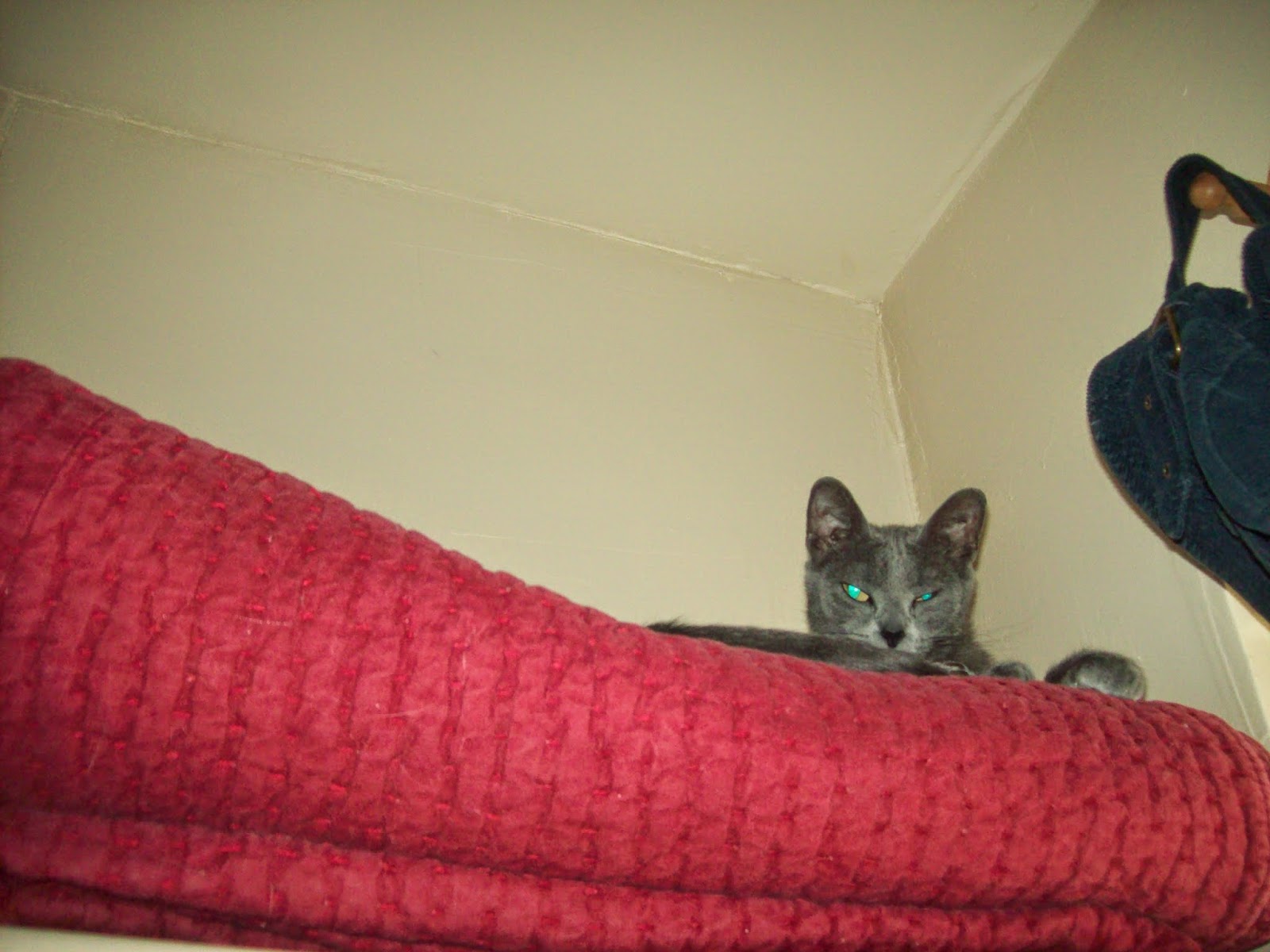 Sometimes Flossie is a tree dweller, climbing onto the shelf in my closet. 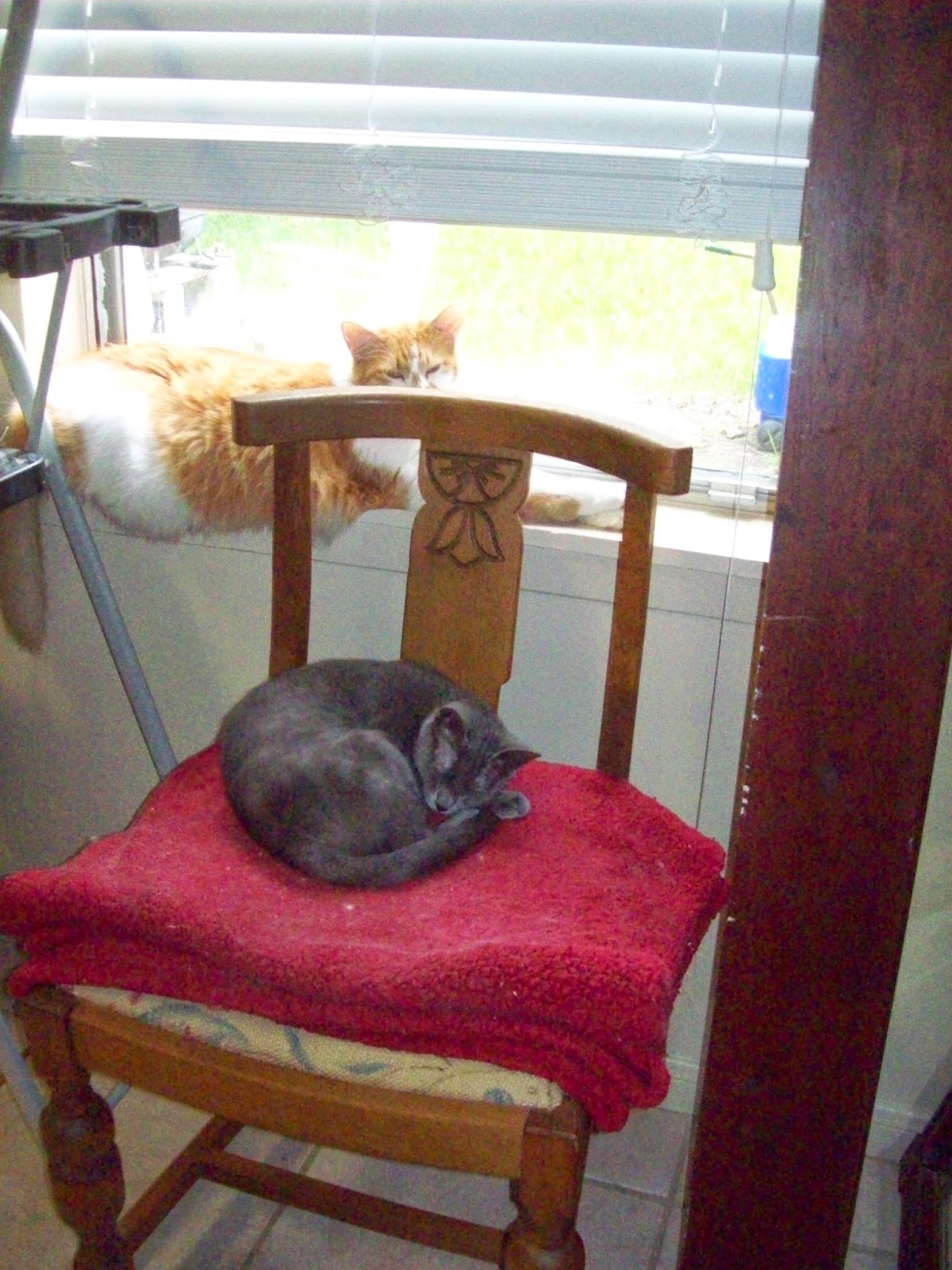 Other times she favors a chair in the dining room. That's Junior, sprawling off the windowsill behind her. 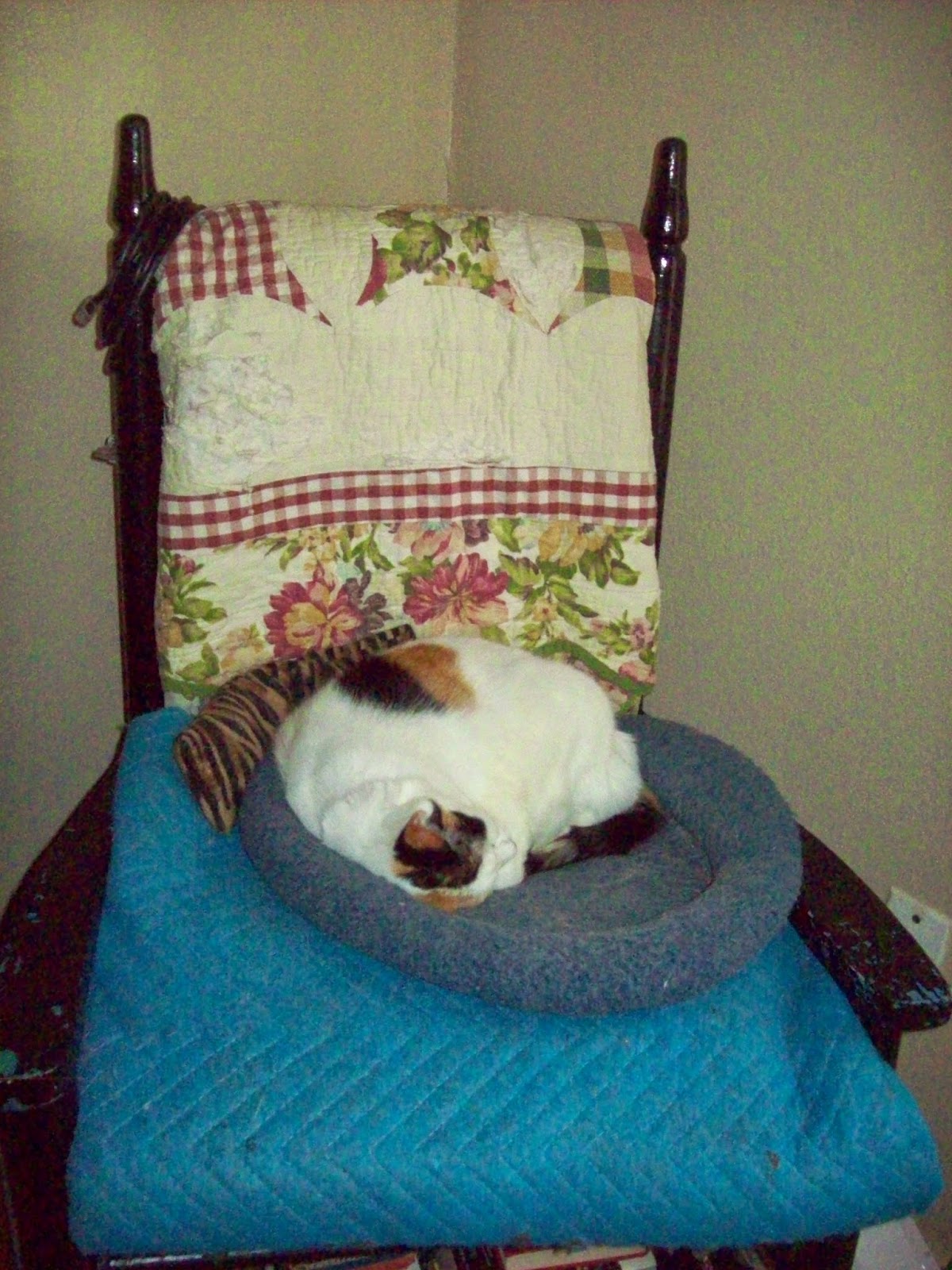 Tilly ran off under the bed when she saw me come back with the camera. 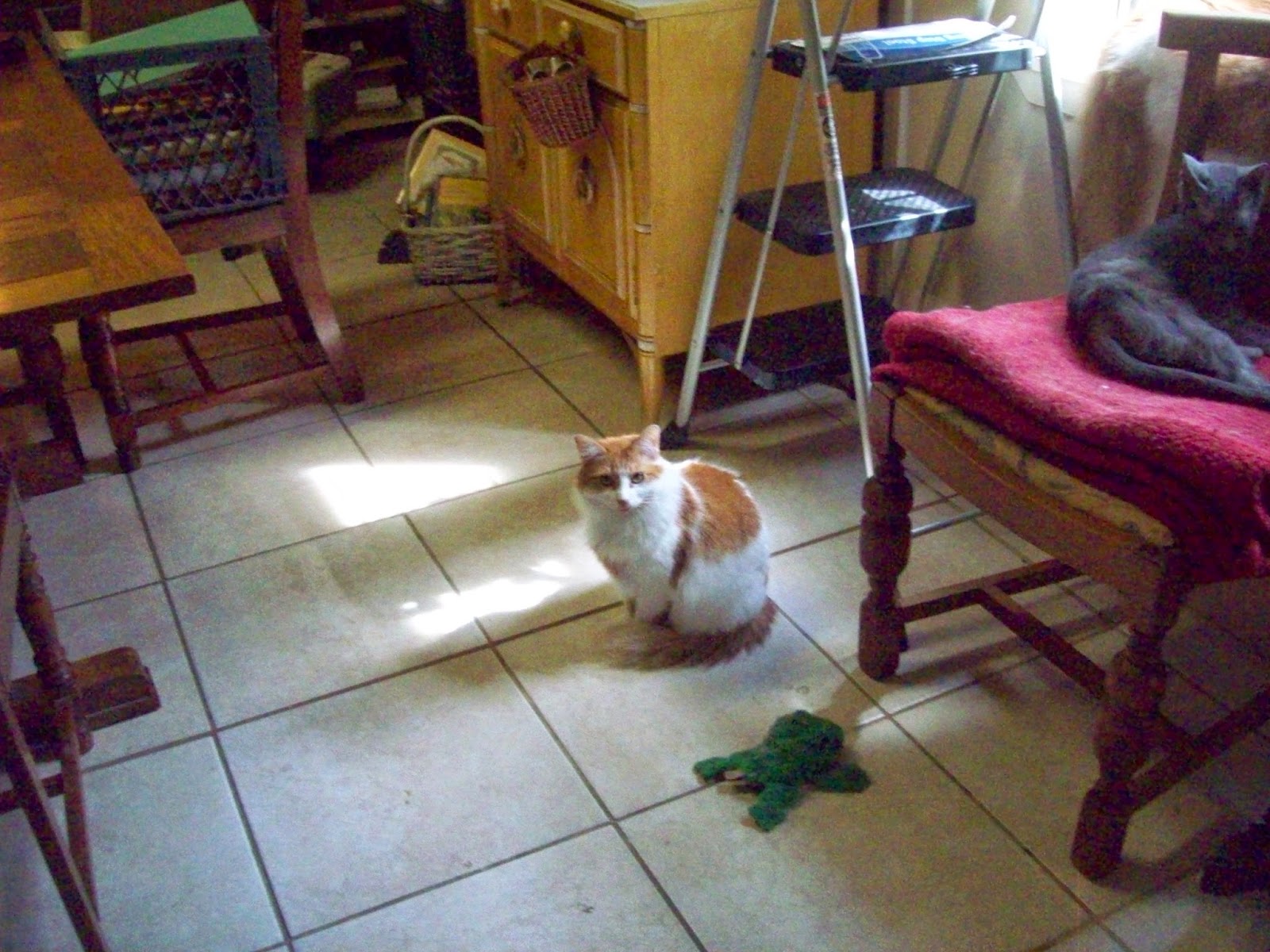 There is Butterball with her favorite prey, the evil stuffed green frog. You would think she had caught a deer sometimes, as loud as she howls over it. 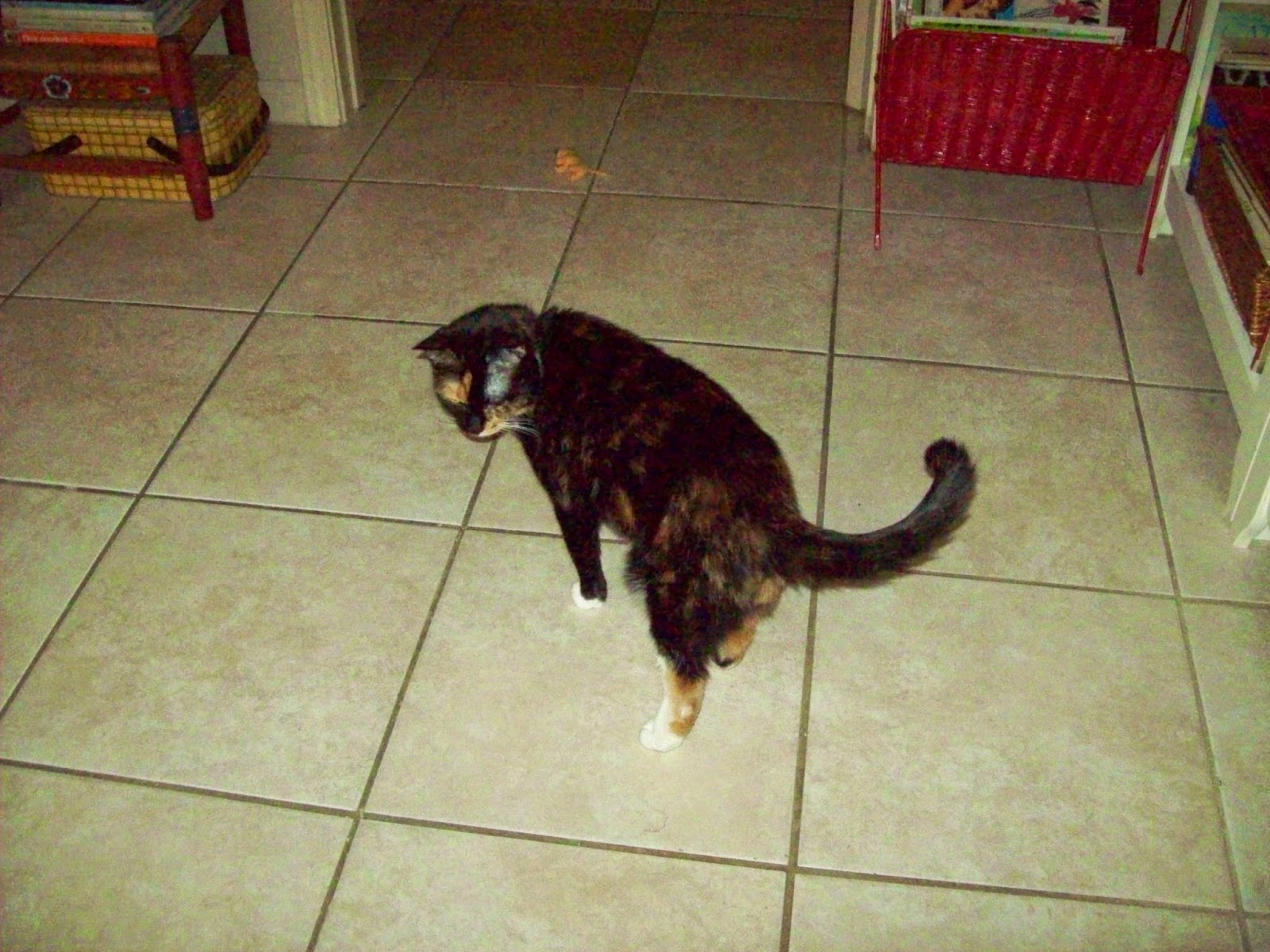 Poor Freckles is so ugly; you'd never guess she's Butterball's daughter. Come to think of it, Butterball seems none too enthusiastic about acknowledging the relationship either. 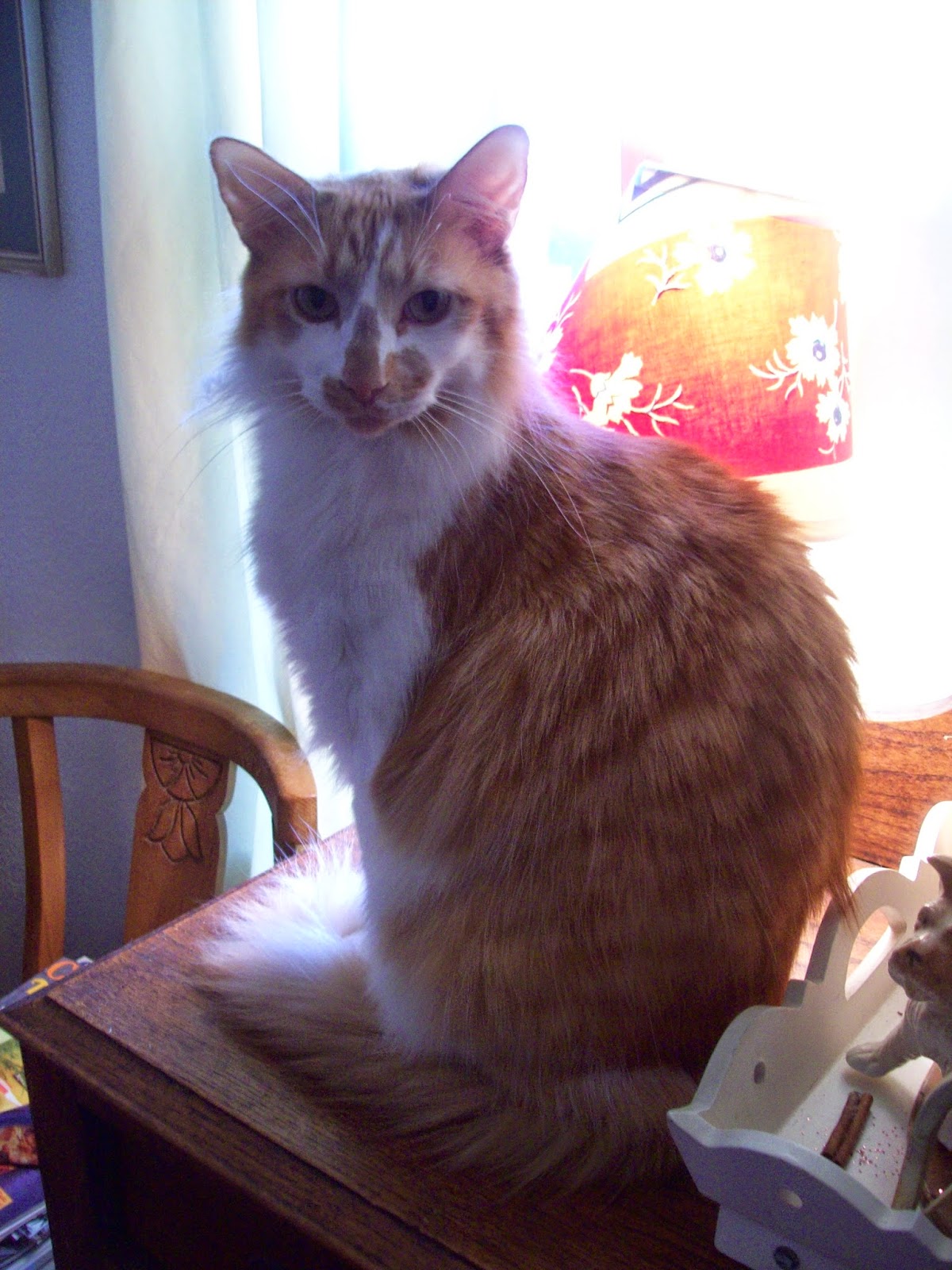 Here's a better shot of Junior. He is really big!
The others weren't feeling photogenic and refused to cooperate. Maybe they'll show up later on.
That is a small glimpse of the lives of the kitties after being relocated. Tomorrow we'll get back to our regularly scheduled house/decor stuff.
Take it easy!
Michele