Our lovely, sadly unnatural cooler weather turned my thoughts to the next few months. My main relaxation is devoted to reading. I watch tv, too, and very much enjoyed getting out to a movie on Sunday, a rare treat, but in the daily scheme of life more of my leisure is spent reading than anything else. Sometimes in the cooler months it's fun to re-read some special favorites. There are a bunch of titles in that category: I love Elizabeth Goudge, Nevil Shute and Miss Read, D. E. Stevenson and Doreen Tovey, too. This month I'm thinking of reading the Cazalet Chronicles by Elizabeth Jane Howard. They recount the lives and experiences of an upper-class British family, beginning in 1937. The first volume, The Light Years, covers the two summers before World War II was declared in 1939. 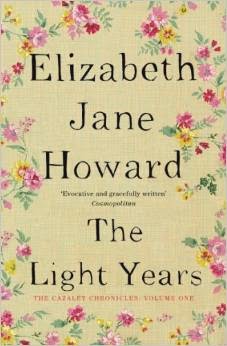 This is about a big, multi-generation family, with many cousins, intrigues, servants and friends as they reluctantly become aware of the ominous changes looming.

In the second installment, Marking Time, war has arrived. The cousins are older, one goes to London to make her debut. After Dunkirk, another cousin's father is reported missing, although she continues to hope he survived somehow. Food is scarce. The emphasis is mostly on the home front, with the older generation still traumatized by WWI, while their children have very different attitudes. 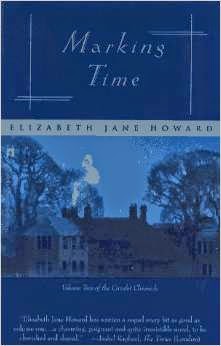 The third entry in the series, Confusion begins in 1942, as the war continues its grim slog on. Cazalets dodging air raids in London and those trying to maintain life on the home front in Sussex struggle. Death, disappearance and births occur as the family tries to hang on till VE Day. 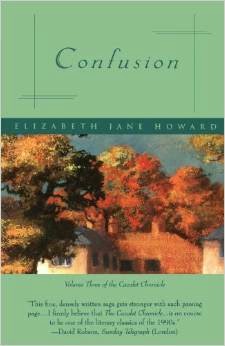 Casting Off is the fourth in this series and reflects the disarray felt at the war's end as the population try to pick up their lives again and move on. It graphically depicts how six years of war had altered attitudes and actions till it was impossible to resume the life before 1939, and what a struggle it was to adapt to the new, post war world. It reminded me of how Angela Thirkell's characters reacted to the stress of no longer being in a life and death conflict with Germany in Peace Breaks Out. 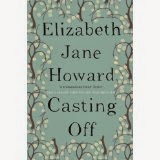 There was a miniseries made of these books, but because they are so long and detailed many plot lines had to be left out for the sake of brevity. It was well done, though.

I just learned that this year a fifth book was published called All Change. Now I want to get my hands on it, as well as Howard's autobiography, Slipstream. Writing this has definitely helped me decide that this fall and winter the Cazalets will be my first choice for re-reads. Long, detailed sagas seem made for winter months, don't you think? What are you going to plan to read or revisit this year?